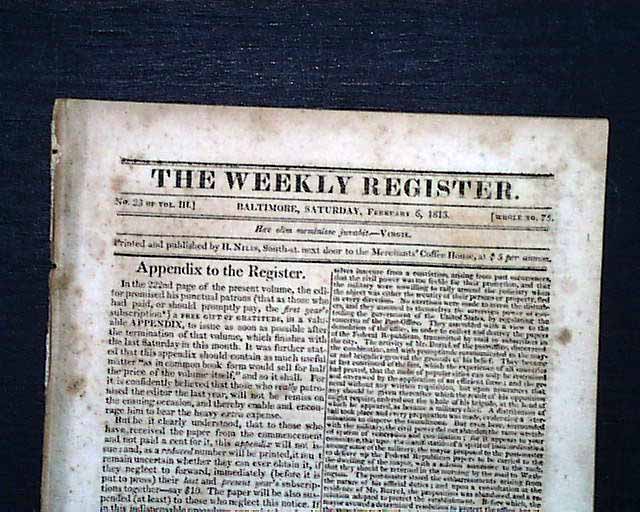 
THE WEEKLY REGISTER, Baltimore, Feb. 6, 1813  Among the articles within are: "Naturalized Seamen" "Perpetual Motion", much reporting from "Proceedings of Congress", and there are 3 pages taken up with reports headed: "Events of the War".
Among the subheads are: "Military" "Army of the Centre" "Eastern Frontier" "Naval" "Etiquette of War"; a letter signed by: Isaac Chauncey. Also: "American Prizes" and more.
Complete in sixteen pages, 6 by 9 1/2 inches, scattered lite foxing, otherwise in very good condition.