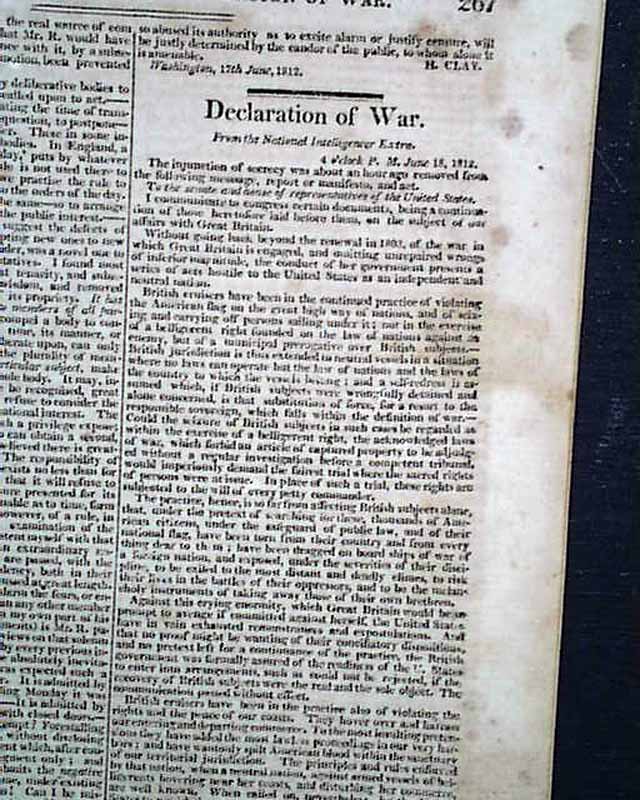 
THE WEEKLY REGISTER, Baltimore, June 20, 1812  An inside page has a lengthy: "Declaration of War" which takes over 1 1/2 columns and is signed in type by the President: James Madison. This is followed by related reporting from the "Committee on foreign relations..." which takes over 2 pages. And on the back page is the formal Act of Congress declaring war against England, headed: "AN ACT Declaring War between the United Kingdom of Great Britain...and the United States of America & their territories", signed in type by the President: James Madison.
Great to have this historic reporting in a newspaper published so close to Washington, D.C., and in a city which would figure prominently in the War of 1812.
Complete in 16 pages, 6 1/4  by 10 inches, very lite scattered foxing, otherwise in very good condition.