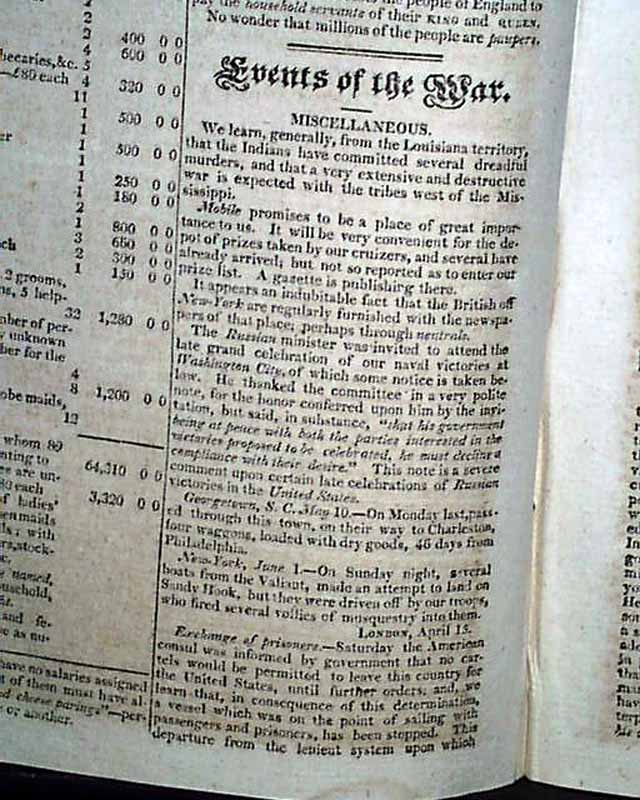 
THE WEEKLY REGISTER, Baltimore, June 5, 1813  Much reporting on the War of 1812 with nearly 6 pages of accounts  under the heading: "Events Of The War". Included are items from Mobile with a Proclamation signed in type by: James Wilkinson; a report with small heading: "Capture of York [Toronto], in Canada" with much detail. Other items include: "Blockade of the Chesapeake" "American Prizes" "Gen. Z. M. Pike", a report from Sackett's Harbor signed in type by: A. M. Pike", and other items.
The back page has: "Postscript--Glorious News" which has a subhead: "Attack Upon Sackett's Harbor & Defeat of the Enemy" and "Extract of a Letter dated Sackett's Harbor, May 29".
Sixteen pages, measures 6 1/4 by 9 1/2 inches, very nice condition.