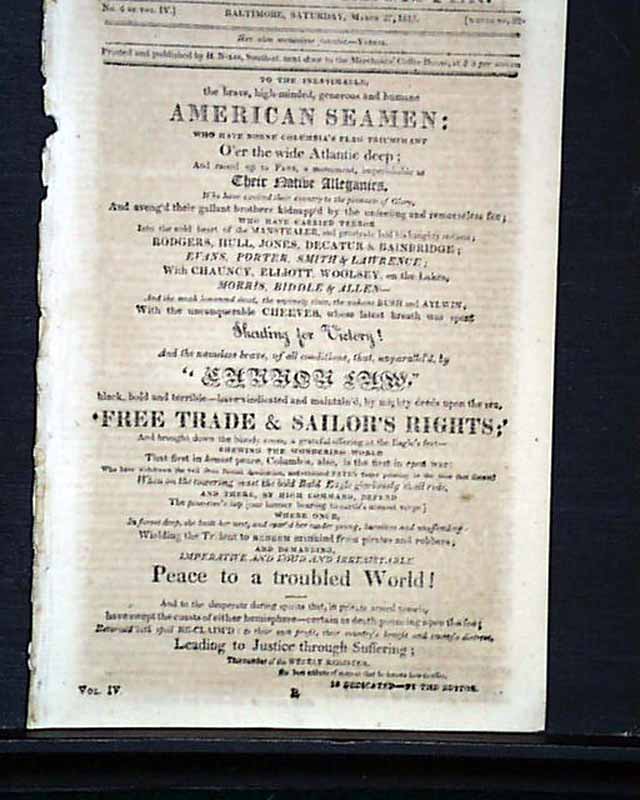 
THE WEEKLY REGISTER, Baltimore, March 27, 1813  The entire ftpg. is set like a broadside honoring the great "American Seamen, Who have Borne Columbia's Flag Triumphant..." with much more text, & lists of many of the famous including Hull, Decatur, Lawrence, etc.
The many different type styles used on the front page makes this a very displayable issue.
There are other items within the issue including; "Honor to the Brave which honors the captains of the major ships of the War of 1812, plus a nice chart: "Of Actions fought between ships of war of the United States and Great Britain since the Commencement of the war".
Also: "Charleston Celebration" "American and British Vessels" "Events of the War" including a document signed by James Monroe, plus much more on several pages concerning events of the war
Complete in 16 pages 6 by 9 1/2 inches, very slight irregular spine, evening toning, otherwise in very good condition.