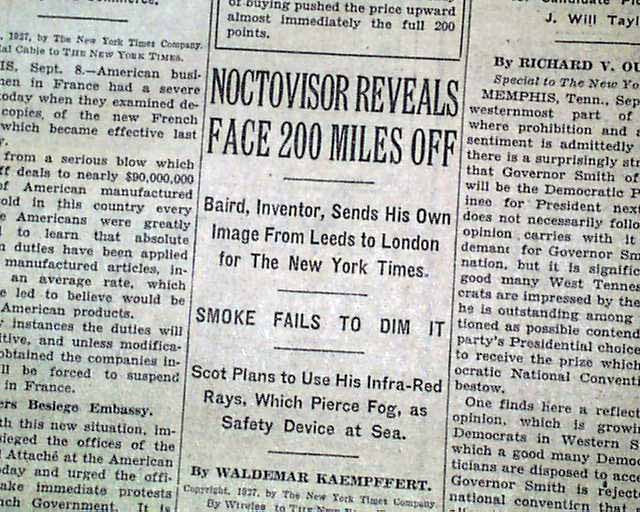 The front page has one column headings that include: "NOCTOVISOR REVEALS FACE 200 MILES OFF" "Baird, Inventor, Sends His Own Image from Leeds to London for the New York Times" and more. (see) A very significant report during the founding of television, an invention which would change not only the worlds of entertainment & communication forever, but society as well.
A significant issue for any collector of television history. Other news, sports and advertisements of the day. Complete in 52 pages, a little irregular along the spine, nice condition.