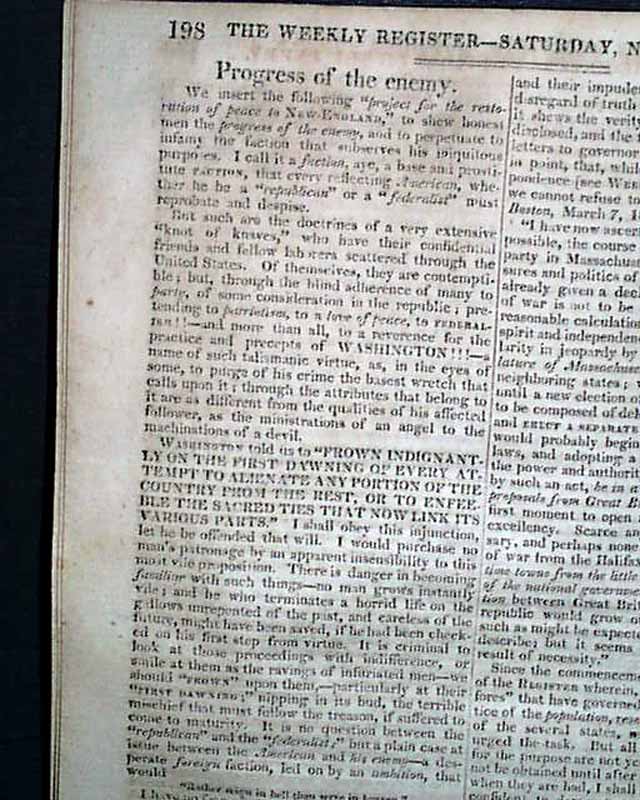 
THE WEEKLY REGISTER, Baltimore, Nov. 20, 1813  Among the articles are: "Progress of the Enemy" and "Events of the War" takes over 6 pages with content including: "Military"; a letter from Sackett's Harbor; "General Orders" from Edward Baynes; "Naval"; an interesting chart headed: "Maritime War" with a list of U.S. and British vessels, etc. (see photos); "American Prizes" "Salem Privateers" and more.
Complete in 16 pages, 6 1/4 by 9 1/2 inches, great condition.