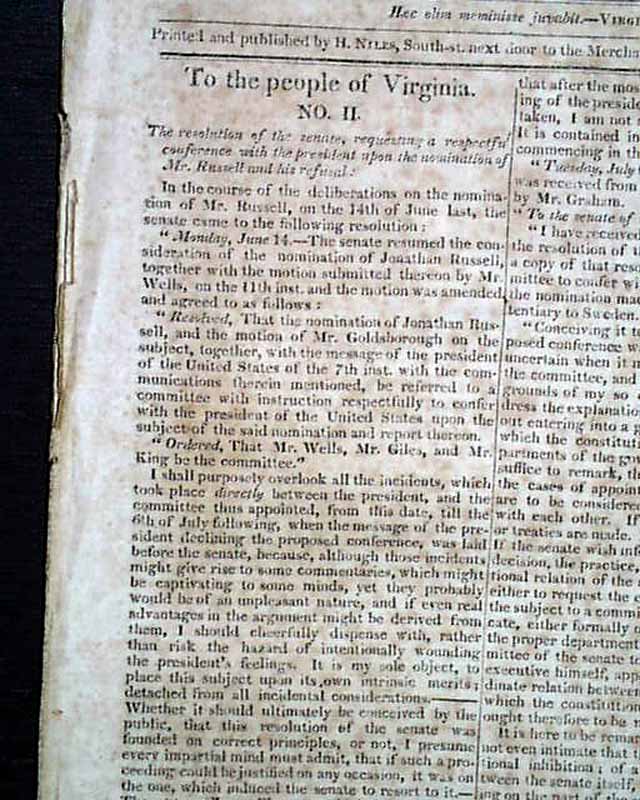 
THE WEEKLY REGISTER, Baltimore, Jan. 1, 1814  Among the articles are; "To the People of Virginia" "Legislature of Ohio--Governor's Message" "Proceedings of Congress" "Naval Law Case" & more. There are over 3 pages taken up with: "Events of the War" reporting on the latest news from the on-going War of 1812. Among its subheads & reports are: "Military--Fort George & Newark" "Naval" "Cruize of the Congress"; a letter from Stephen Decatur to the Secretary of the Navy; "Blockade of New London" and more.
Complete in 16 pages, 6 1/4 by 9 1/2 inches, scattered foxing, otherwise in generally very good condition.