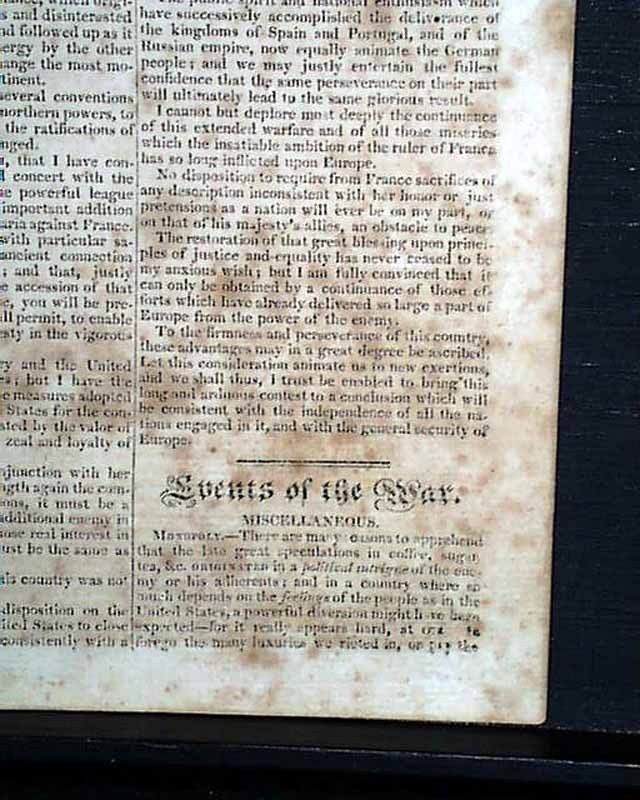 
THE WEEKLY REGISTER, Baltimore, Jan. 8, 1814  Inside has: "General Smyth's Petition" "The Embargo Question" "To Independence"; letters signed in type by James Monroe and James Madison.
There are also 7 pages under the heading: "Events of the War". Among its subheads & reports are: "The Enemy" "The Friends of Peace" "From General Proctor to General Harrison"; a very lengthy letter: "From General Harrison to General Vincent" signed in type: Wm. H. Harrison; plus so much more on the War of 1812.
Complete in 16 pages, 6 1/4 by 9 1/2 inches, scattered foxing, otherwise in good condition.