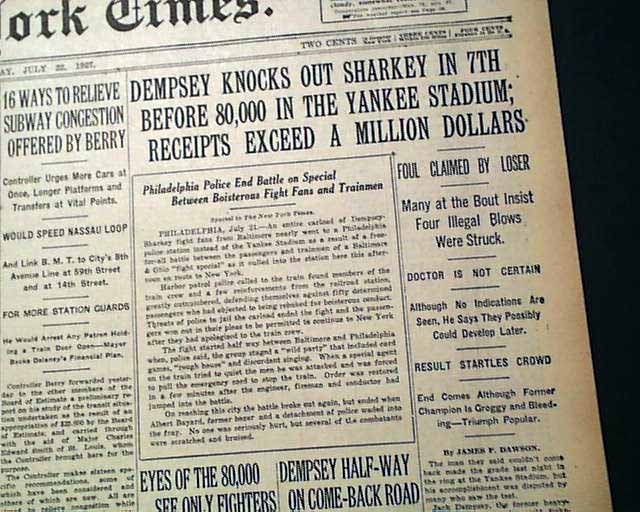 The top of the front page has a three column headline: "DEMPSEY KNOCKS OUT SHARKEY IN 7TH BEFORE 80,000 IN THE YANKEE STADIUM; RECEIPTS EXCEED A MILLION DOLLARS" with many subheads. Much more in the sport's section with a few photos. Loads of text here.  First report coverage on the heavyweight boxing match between Jack Dempsey and Jack Sharkey.
Other news, sports and advertisements of the day. Complete in 40 pages, a little irregular along the spine, generally nice.