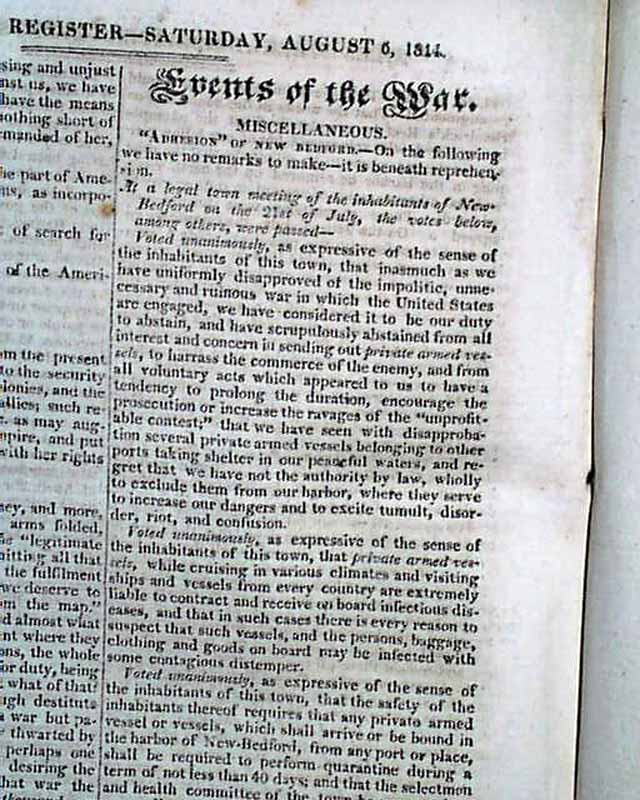 
NILES' WEEKLY REGISTER, Baltimore, August 6, 1814  Over 5 pages are taken up with: "Events of the War" with reports & subheads including: "Neutrals at Halifax" "General Order" "Capture of Eastport" "Military" "Naval" "Launch of the Java" "Exchange of Prisoners" and more. The back page is mostly taken up with: "Glorious Victory by Gen. Brown - Second Battle of Chippewa".
Included is the 8 pages "Supplement" issue which includes over a full page on the: "Battle of Chippewa".
Complete in 24 pages with the Supplement, 6 1/4 by 9 3/4 inches, scattered lite foxing, otherwise in good condition.