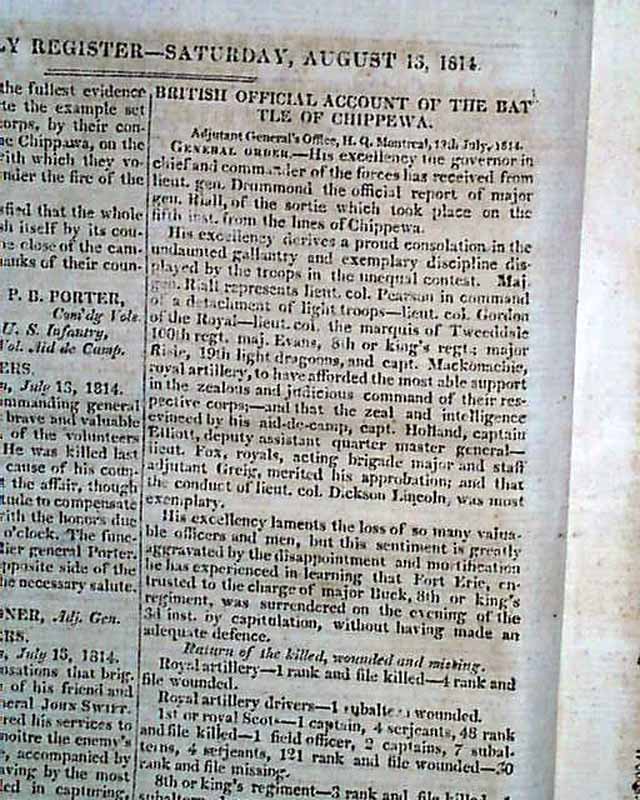 
NILES' WEEKLY REGISTER, Baltimore, Aug. 13, 1814  The front page begins with a report continued from the Supplement of the previous issue. It is followed by a report concerning the Battle of Chippewa, then followed by: "Brigade Orders" dated at Chippawa, July 10, 1814 carrying over to pg. 2. Pg. 2 also has: "British Official Account of the Battle of Chippewa" which includes a rather rare diagram of the battle. Such diagrams in newspapers of this early date were very rare.
Further on is: "Events Of The War" beginning with: "A Proclamation" signed by the President: James Madison. There are ten pages of reports on the War of 1812, too much to report here, but including a nice account of the: "Battle of Bridgewater" and an item with a subhead: "The Battle of Niagara", and so much more.
Complete in 16 pages, 6 by 9 3/4 inches, very nice condition.