Home > Back to Search Results > Defence of Stonington...
Click image to enlarge 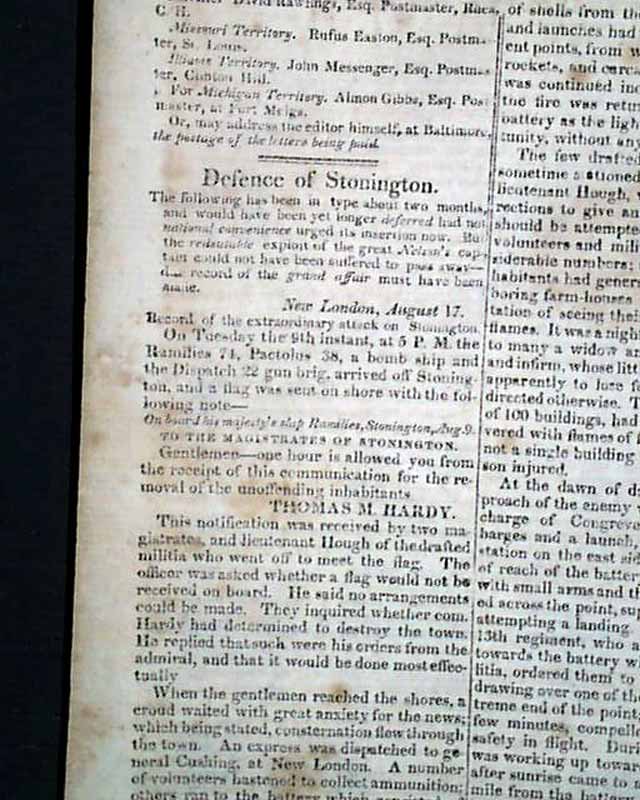 
NILES' WEEKLY REGISTER, Baltimore, November 5, 1814  Page 2 has: "Defence of Stonington", and other articles include: "Brutality of  the Enemy" "New Military Force" "Events of the War" and more.
Sixteen pages, 6 1/4 by 9 3/4 inches, lite scattered foxing, otherwise in very good condition.