Home > Back to Search Results > Allowing Indiana to become a state...
Click image to enlarge 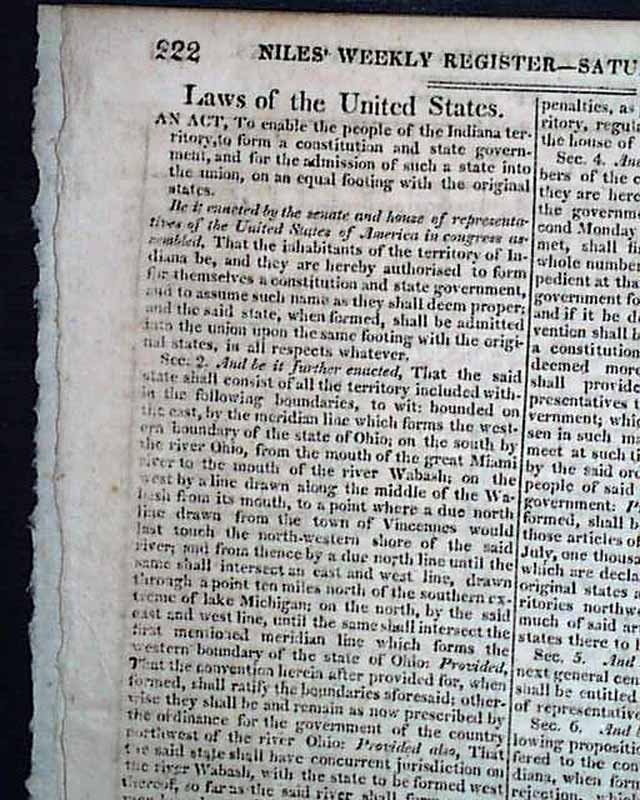 
NILES' WEEKLY REGISTER, Baltimore, June 1, 1816  Perhaps the best content in this issue is an article headed: "Laws of the United States. An Act to enable the people of the Indiana Territory to form a constitution & state government & for the admission of such a state into the union..." which takes over a full pg. and is signed in type by H. Clay and the President, James Madison.
Among the other reports are an article titled: "The Mississippi" which is very descriptive on a man's journey: "...while on his passage up the Mississippi to New Orleans..."; an article concerning the Creek Indians, and much more.
Sixteen pages, 6 1/4 by 9 1/2 inches, in very good condition.