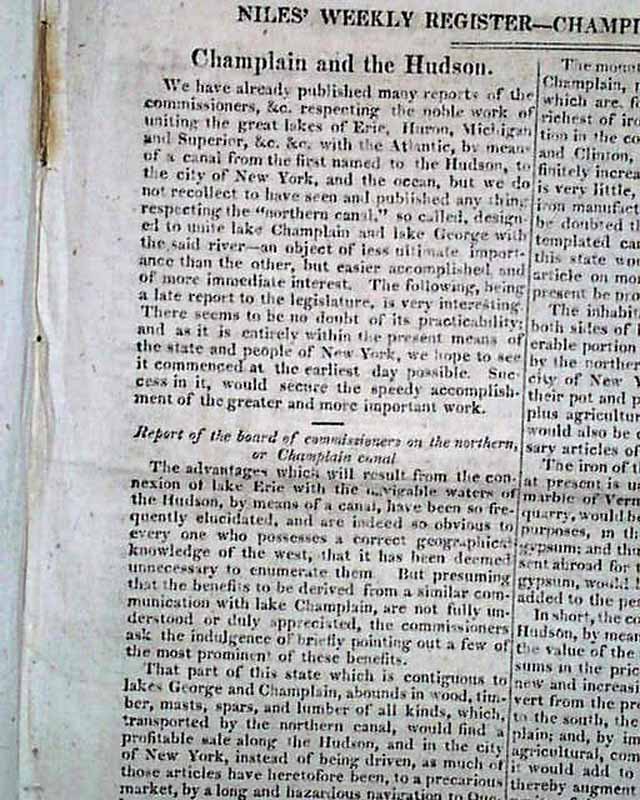 
NILES' WEEKLY REGISTER, Baltimore, April 5, 1817  The back page has a brief yet significant item on the founding of the city of Terre Haute, Indiana, headed: "The Wilderness" reading: "A new town, called Terre Haute, is laying out near Fort Harrison, Indiana. Lots therein were sold to the amount of 21,000 dollars in one day."
Content includes: "Soldiers' Bounty Lands" "Americans In Prison" "Champlain & the Hudson" - Report of the Board of Commissioners on the Northern or Champlain Canal" "Battle of Tippecanoe" which takes over a full page; "Ingenious Mechanism" and more.
Sixteen pages, 6 1/4 by 9 1/2 inches, very nice condition.