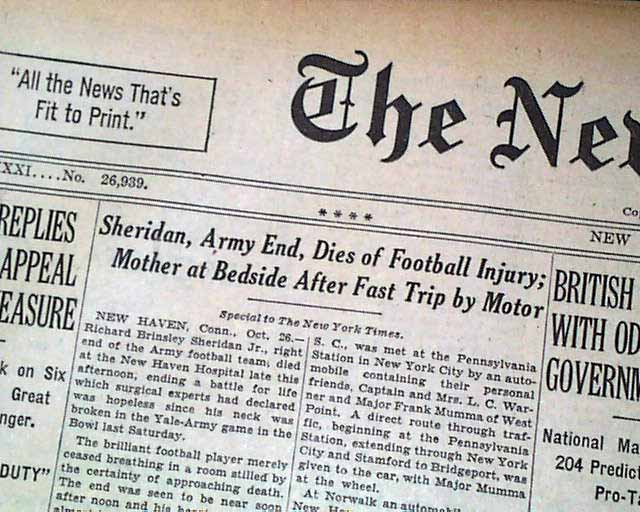 The top of the front page has a two column heading: "Sheridan, Army End, Dies of Football Injury; Mother at Bedside After Fast Trip by Motor" (see) First report coverage on the death of Richard Brinsley Sheridan, Jr., who broke his neck during a Army vs. Yale college football game.
Other news, sports and advertisements of the day. Complete in 52 pages, light toning at the margins, a few small binding slits along the spine, generally very nice.