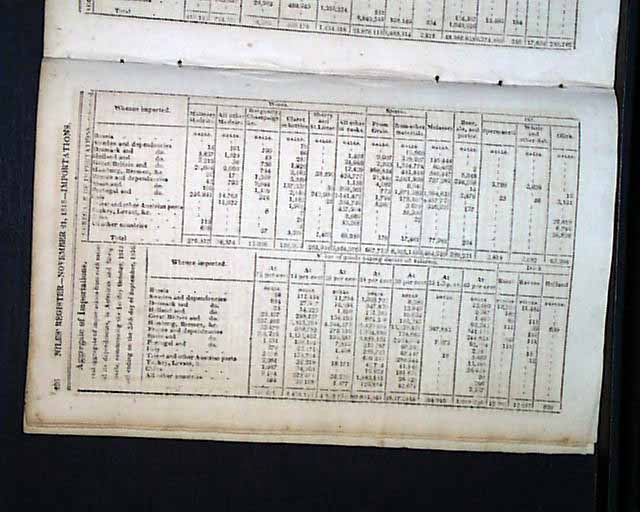 
NILES' WEEKLY REGISTER, Baltimore, Nov. 21, 1818  Inside has 6 pages of detailed charts on the various imports into the United States. Further on is the: "Message" of the President to Congress, being the annual state-of-the-union address signed in type: James Monroe. This address takes nearly 4 pages.
Complete in 16 pages, 6 1/4 by 9 1/2 inches, in general very good condition.