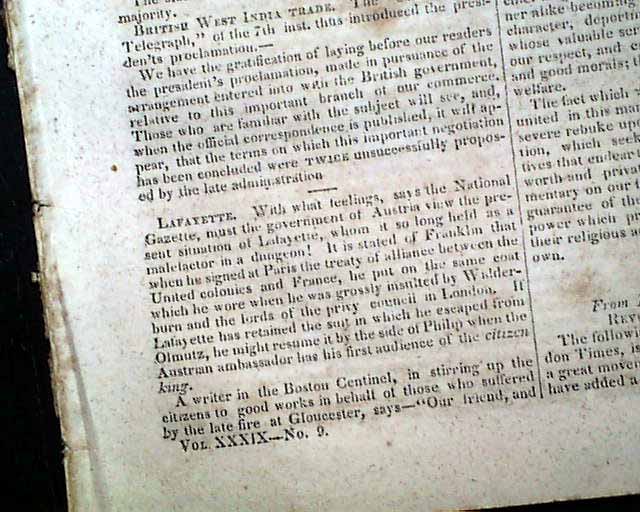 * Much on Lafayette
* Treaty with the Winnebago Indians
* James Madison

The front page has an article: "Lafayette" which tells of his kindness to America. Inside has more with an article headed: "General Lafayette" which includes two letters each signed by him in type: Lafayette concerning troubles in France and his wish to be able to: "...rejoice together in the result of this last glorious & virtuous revolution...".
Also within: "Treaty At Green Bay" with the Mannomonce and Winnebago Indian tribes. Also over 2 pages on: "Mr. Madison's Letter" signed in type: James Madison, and over two pages also on: "The Nullificators".
Sixteen pages, 6 1/4 by 9 3/4 inches, very nice condition. 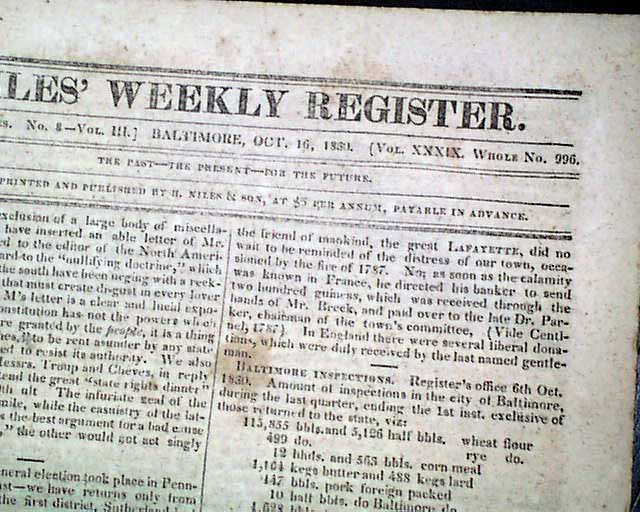 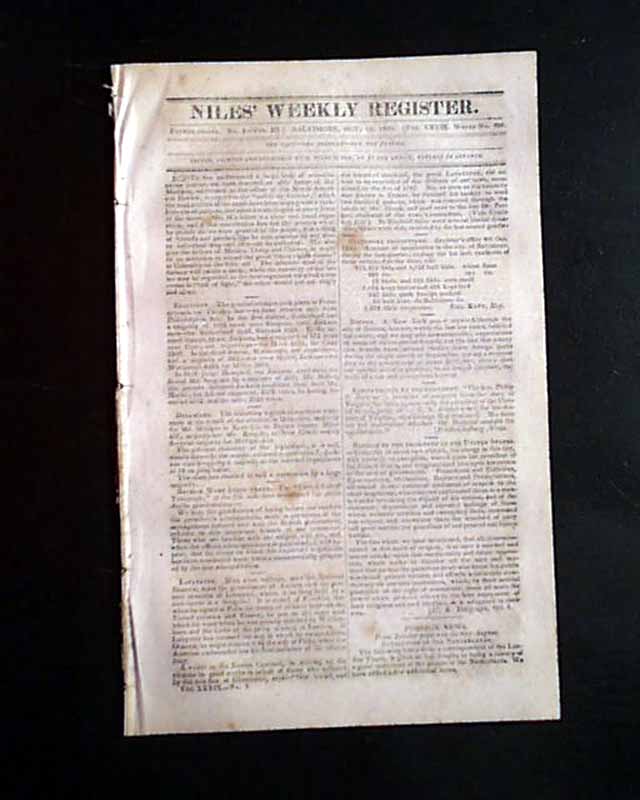 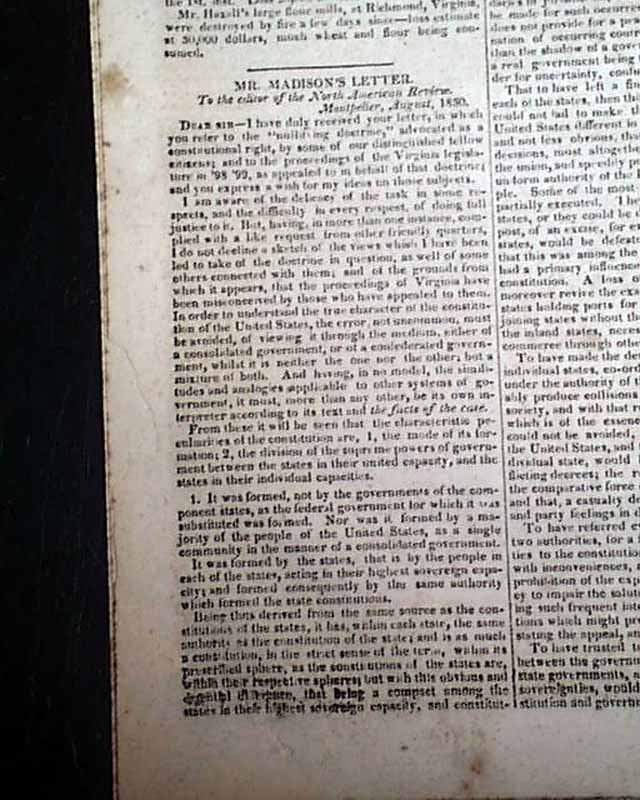 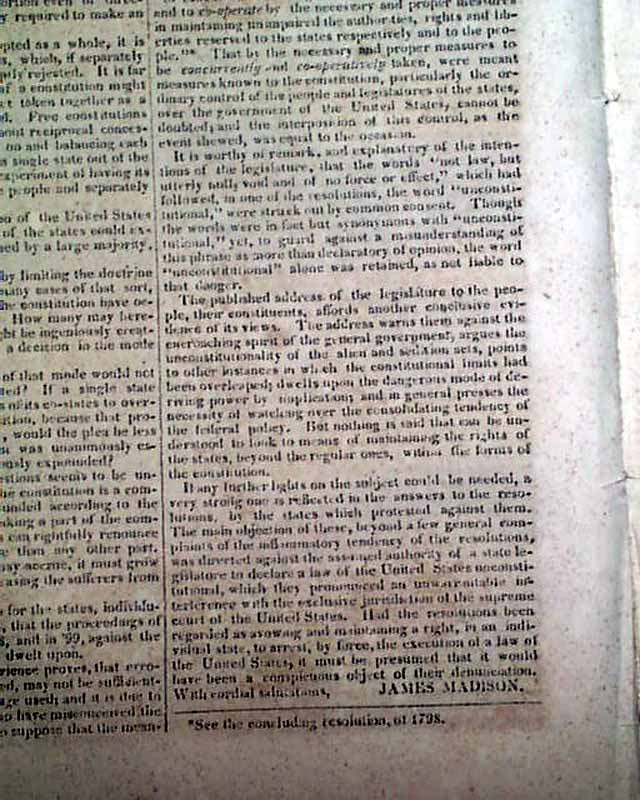 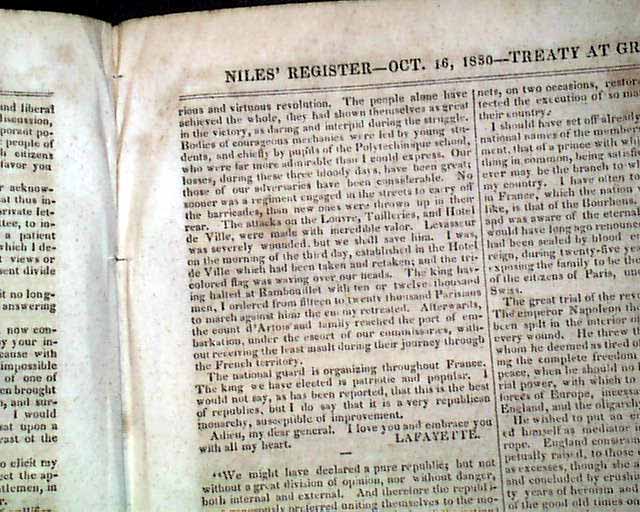 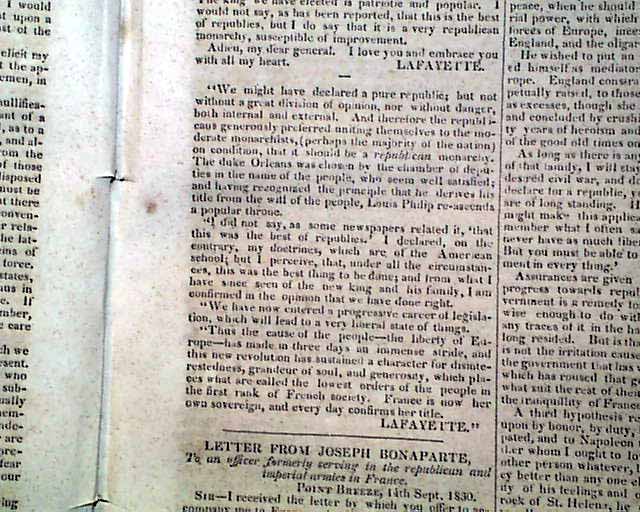