Home > Back to Search Results > Mustering out Negro troops...
Click image to enlarge 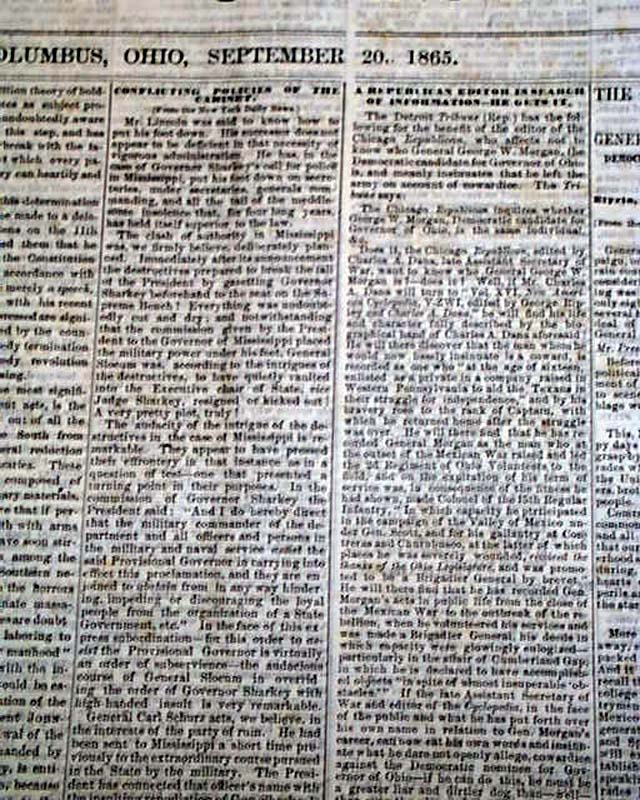 From shortly after the end of the Civil War but still with war-related reports including: "Returned Soldiers" "The Real Abolition Platform of Ohio" "Mustering Out Negro Troops" "The Wirz Trial" "Trouble Brewing in the Abolition Camp" "Jefferson Davis" "An Interview With the President" & much more.
Eight pages, never bound nor trimmed so it folds out to one large sheet, nice condition.