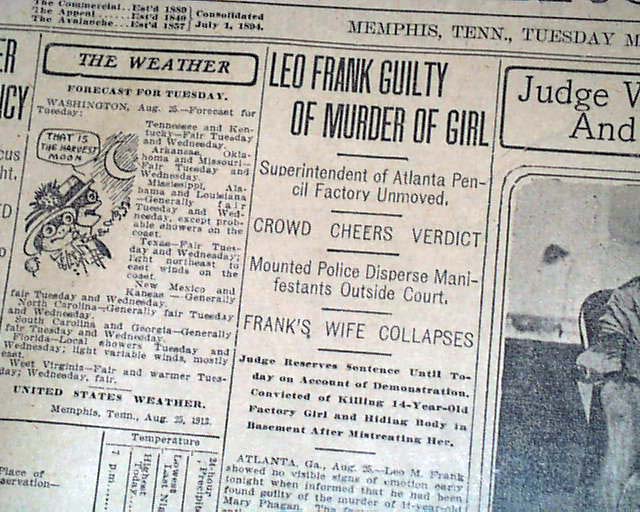 The top of the third column has heads on the famous Leo Frank murder trial, a sensation at the time which would become a made-for-TV movie in the 1990's. "LEO FRANK GUILTY OF MURDER OF GIRL" "Superintendent of Atlanta Pencil Factory Unmoved" "Crowd Cheers Verdict" "Mounted Police Disperse Manifestants Outside Court" "Frank's Wife Collapses" and more subheads.
The case had strong anti-Semitic overtones as Frank was Jewish.  Before his sentence could be carried out Leo Frank was abducted and hanged by a lynch mob. Today, the consensus of researchers on the subject holds that Frank was wrongly convicted.
Twelve pages, toning across the central fold, good condition.