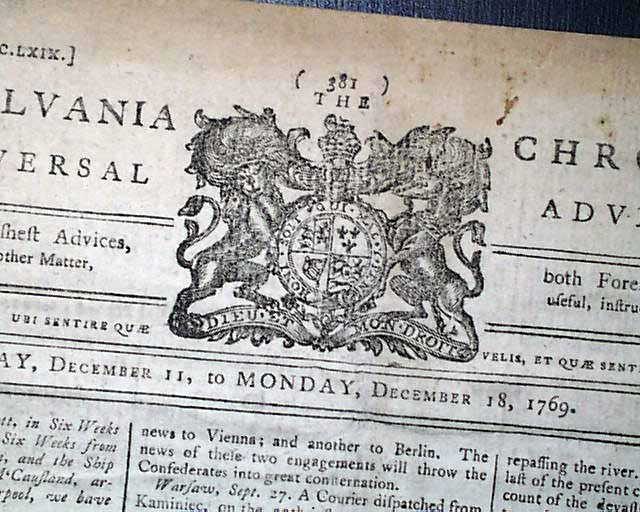 An item from Providence includes: "At a meeting of the merchants & traders of this town...convened in consequence of a letter form the committee of merchants at Boston recommending our extending the non-importation agreement until all the American revenue acts are repealed..." with more.
Half of the back page is taken up with: "A Proclamation" which relates to fishing & related issues in the Delaware River, signed in type by the governor of New  Jersey: William Franklin (Ben's son).
Eight pages, 9 1/2 by 11 1/2 inches, some browning near the margins, handsome coat-of-arms engraving in the masthead, nice condition. 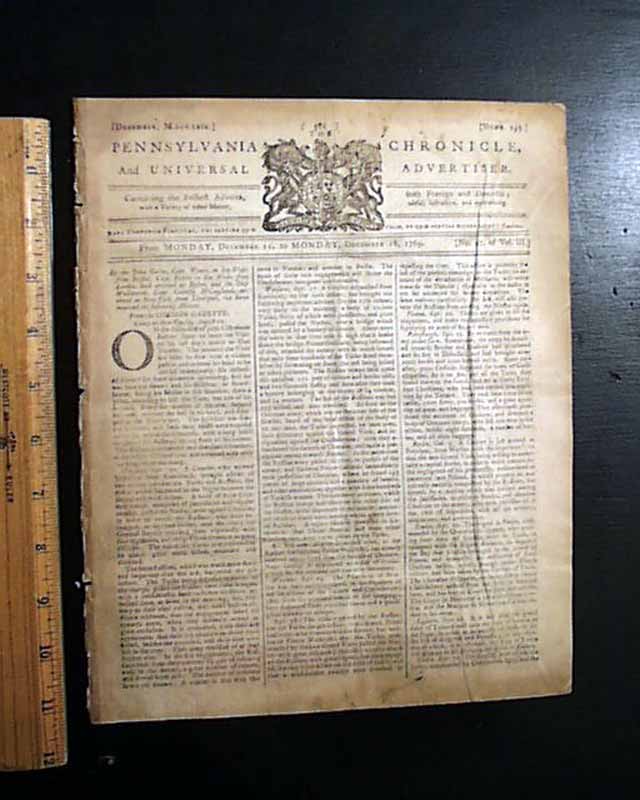 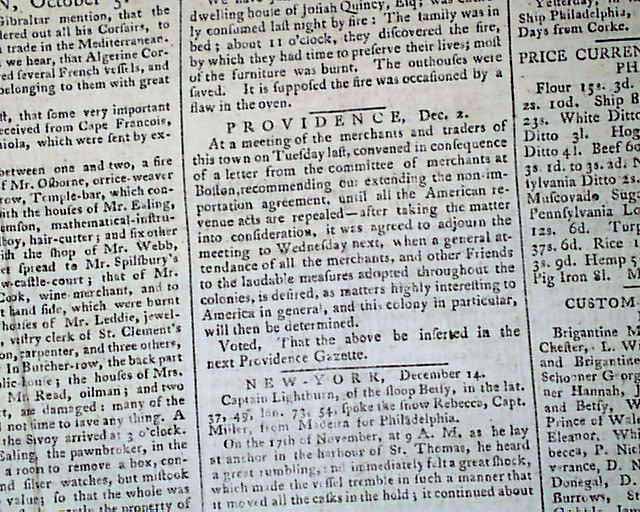 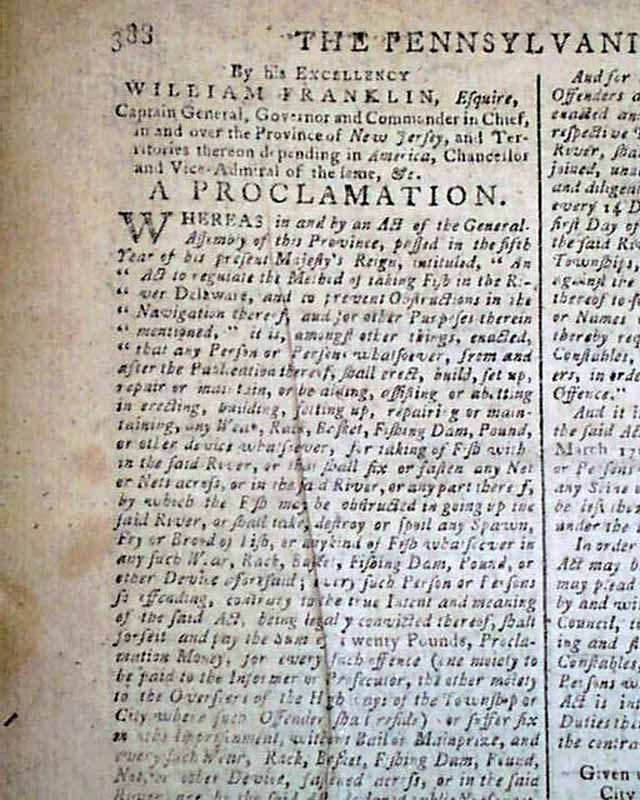 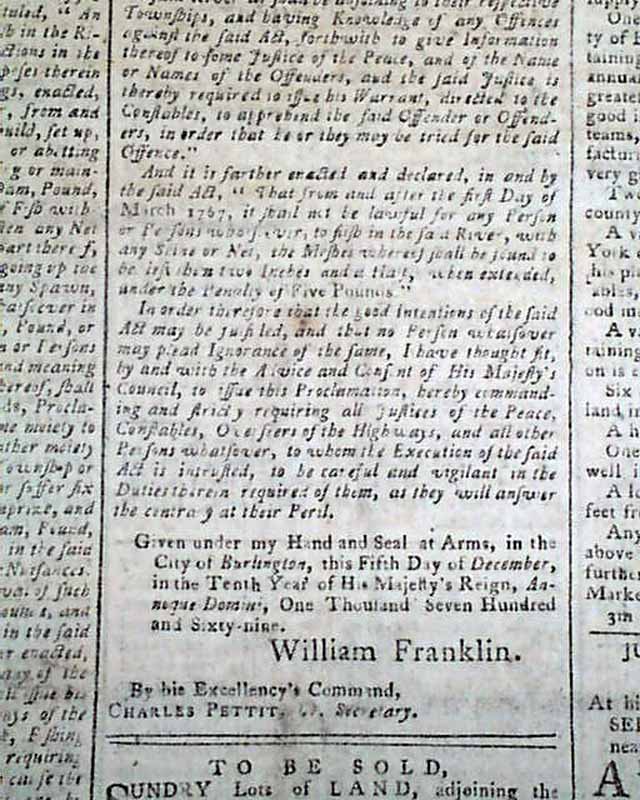