Home > Back to Search Results > Very rare title from the Confederacy...
Click image to enlarge 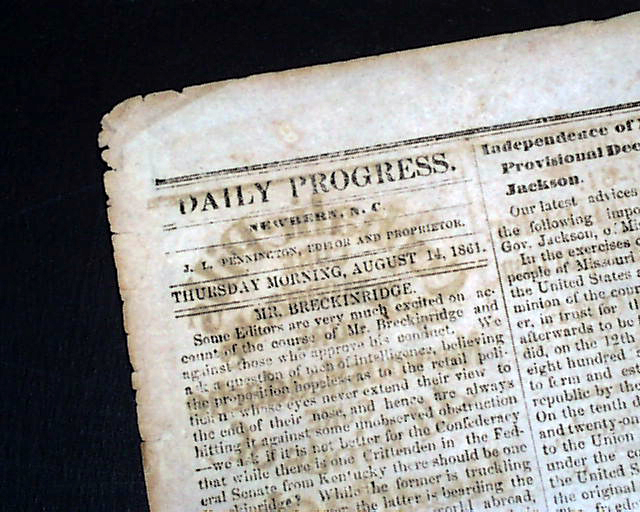 Very rare title from the Confederacy...

Certainly one of the less common titles from the Confederacy, as rarely have I seen it offered. General Burnside moved into the city on March 14, 1862 so it was only in Confederate hands for less than a year, increasing the scarcity of truly "Confederate" newspapers from the Civil War.
There is much Civil War reporting in this issue, with a considerable Confederate bias. Among the front page reports are: "Mr. Breckinridge" "Send the 'Progress' To Your Friends in the Camp" "Independence of Missouri Declared--Provisional Declaration from Gov. Jackson" "From Manassas--Prince Napoleon to the Camp" "Gen. Pillow's Command" "Nurses Wanted at Richmond" "The War in Missouri!" and a bit more.
The back page is almost entirely taken up with ads save for a few "Local Matters".
Complete as a single sheet newspaper with a one column masthead which was common among Confederate newspapers, as every effort was made to conserve printing space as most paper mills were in the North. It is in very nice and clean condition. 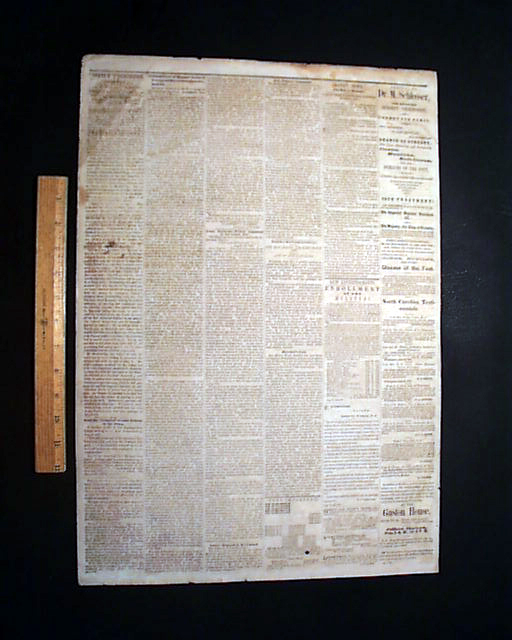 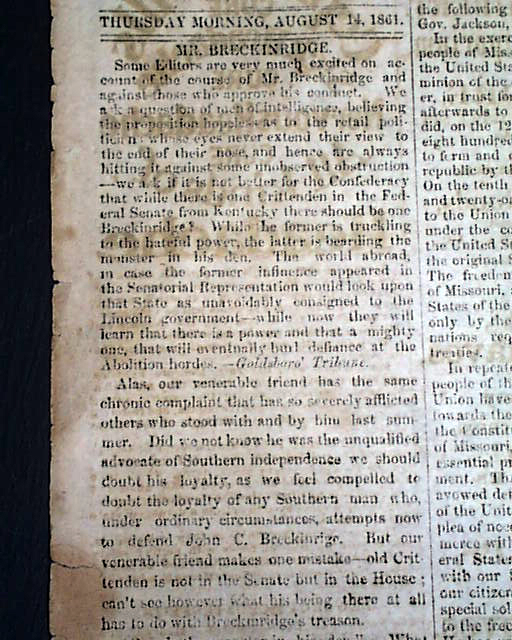 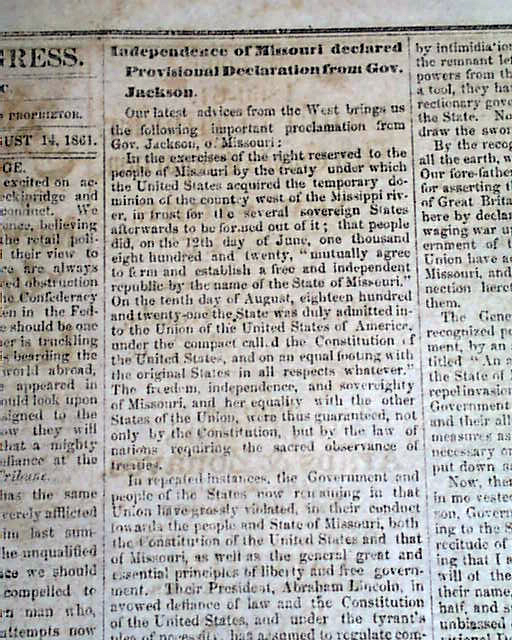 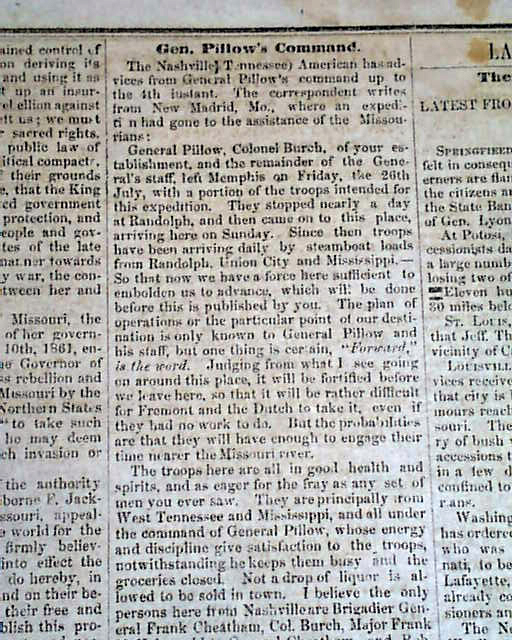 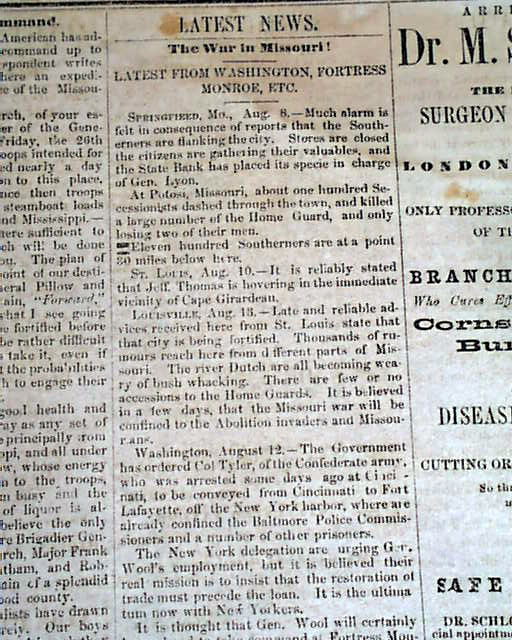 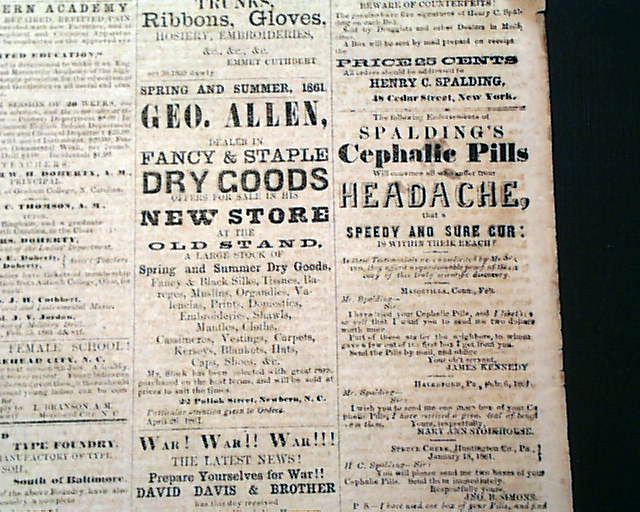