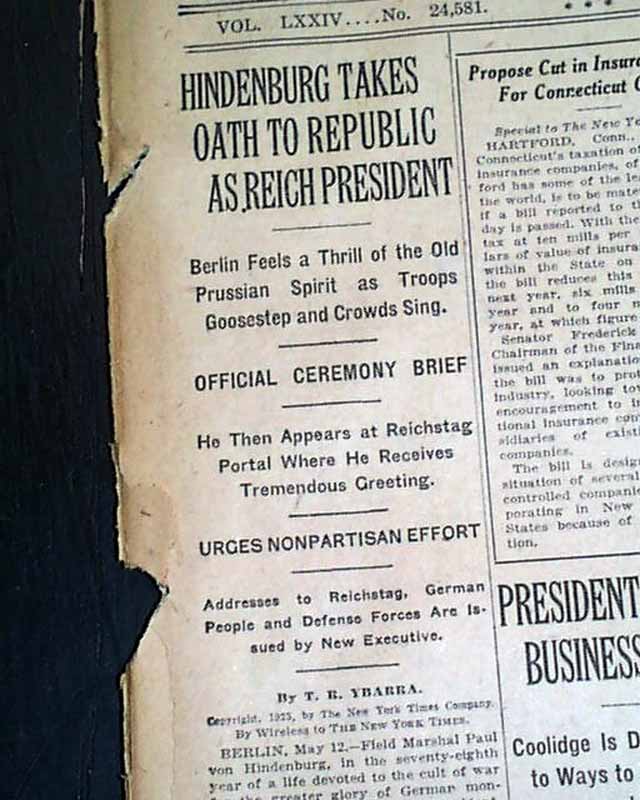 The top of the front page has a one column heading: "HINDENBURG TAKES OATH TO REPUBLIC AS REICH PRESIDENT" with subheads. (see) First report coverage on Paul von Hindenburg becoming the president of Germany.
Other news, sports and advertisements of the day. Complete with all 44 pages, irregular along the spine, generally nice.