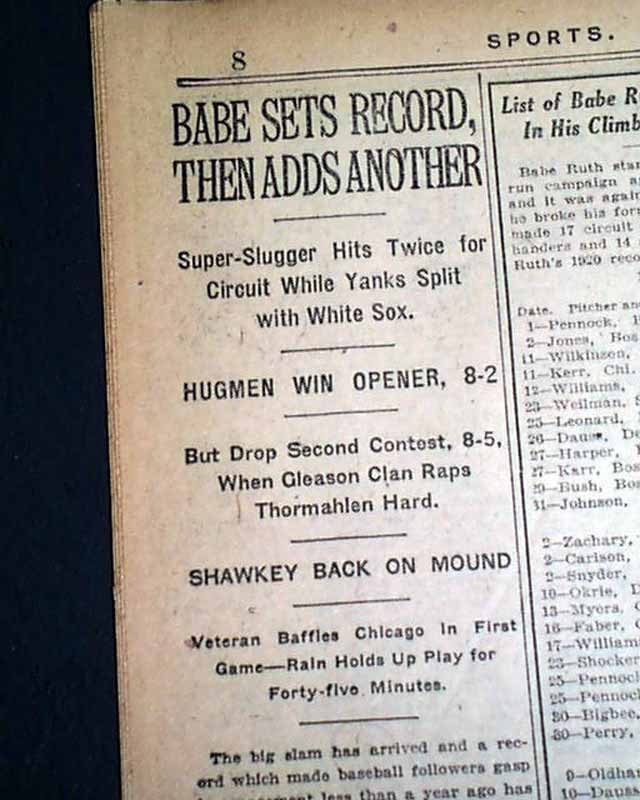 The sport's section (page 6) has a one column heading: "BABE SETS RECORD, THEN ADDS ANOTHER" with subheads that include: "Super-Slugger Hits Twice for Circuit While Yanks Split with White Sox" and more with smaller subheads and box scores. First report coverage on Babe Ruth breaking the single season home run record that was also held by him. Notice the date of this issue being around midway through the season. This was when Babe Ruth was emerging into a superstar home run hitter especially with two months to go in the season. He would end the season with 54 homers. Great to have in this famous NYC title. Other news, sports and advertisements of the day. Complete in 24 pages, irregular along the spine, light toning at the margins, generally good.