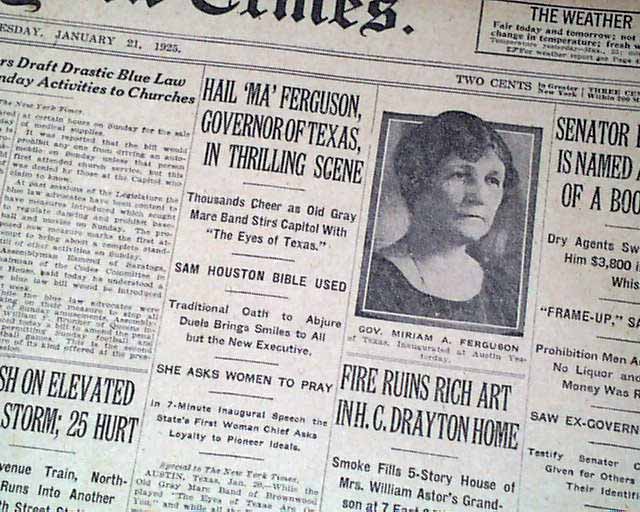 The top of the front page has a one column heading: "HAIL 'MA' FERGUSON, GOVERNOR OF TEXAS, IN THRILLING SCENE" with subheads and photo. (see) First report coverage on the Miriam A. Ferguson becoming the first female governor of the state of Texas.
Other news, sports and advertisements of the day. Complete in 44 pages, a little irregular along the spine, nice condition.