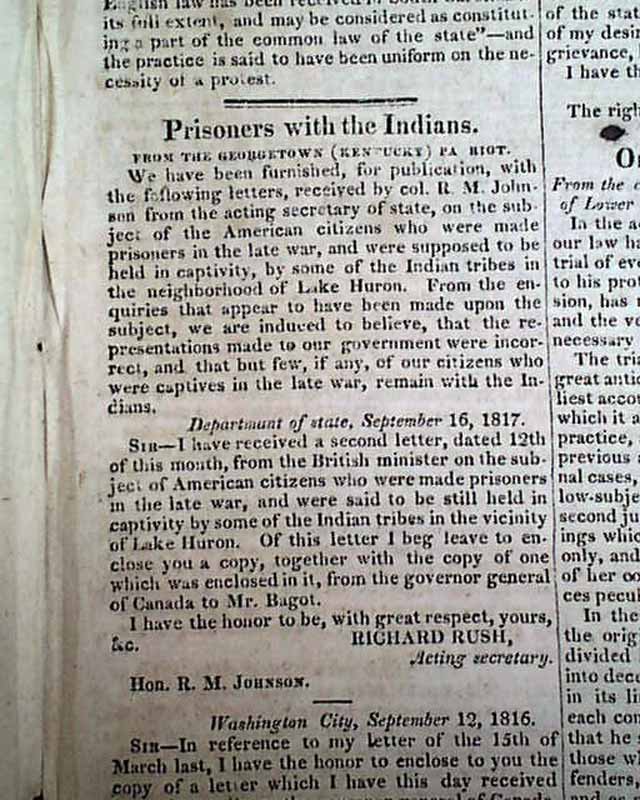 
NILES' WEEKLY REGISTER, Baltimore, Maryland, October 25, 1817 Inside has over 1 1/2 columns providing details of General Marquis de LaFayette's life of retirement. Another article, "Prisoners with the Indians" talks briefly about American citizens who were held prison by the Heron. Yet another discusses the origins of 'Trials by Jury". Other news of the day is found throughout.
Sixteen pages, 6 1/4 by 9 3/4 inches, scattered foxing, otherwise in good condition.
This small size newspaper began in 1811 and was a prime source for national political news of the first half of the 19th century. As noted in Wikipedia, this title: "...(was) one of the most widely-circulated magazines in the United States...Devoted primarily to politics...considered an important source for the history of the period."