Home > Back to Search Results > A Proclamation from the infamous "Queen" Margaret Nicholson...
Click image to enlarge 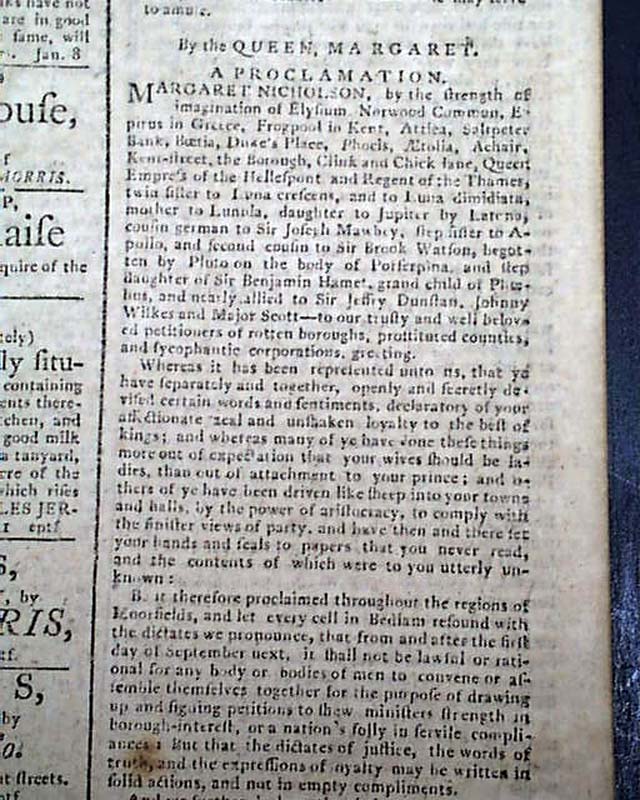 A Proclamation from the infamous "Queen" Margaret Nicholson...


PENNSYLVANIA PACKET & DAILY ADVERTISE, Philadelphia, Jan. 19, 1787  The ftpg. has a fascinating: "Proclamation - By the Queen Margaret" who was actually the infamous Margaret Nicholson, who the previous year attempted to assassinate King George III some months prior. She was ultimately determined to be inside and was committed to the asylum at Bedlam, England. She had claimed--among other pronouncements--to be attempted to regain her rightful station on the throne.
Four pages, excellent condition. 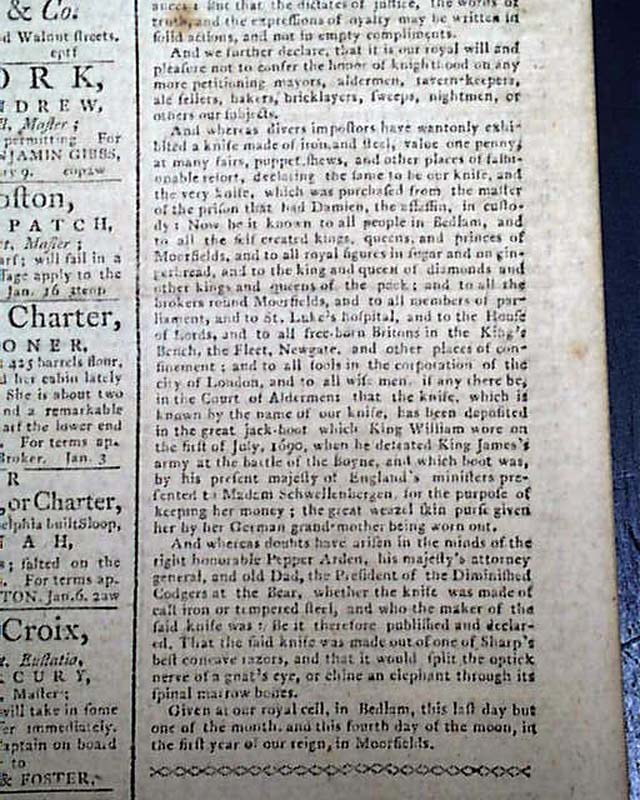 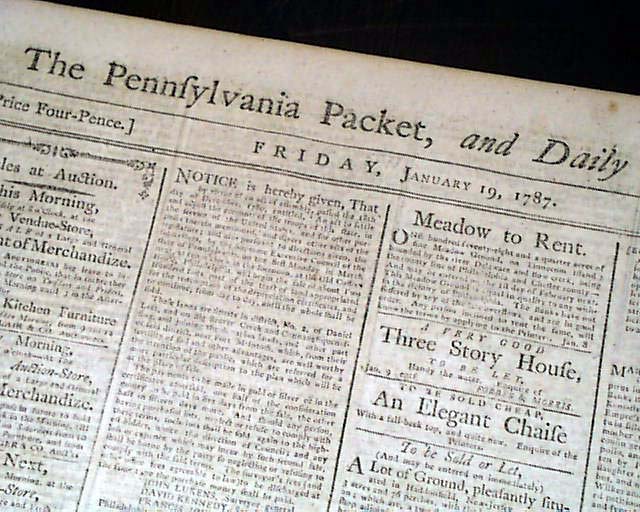 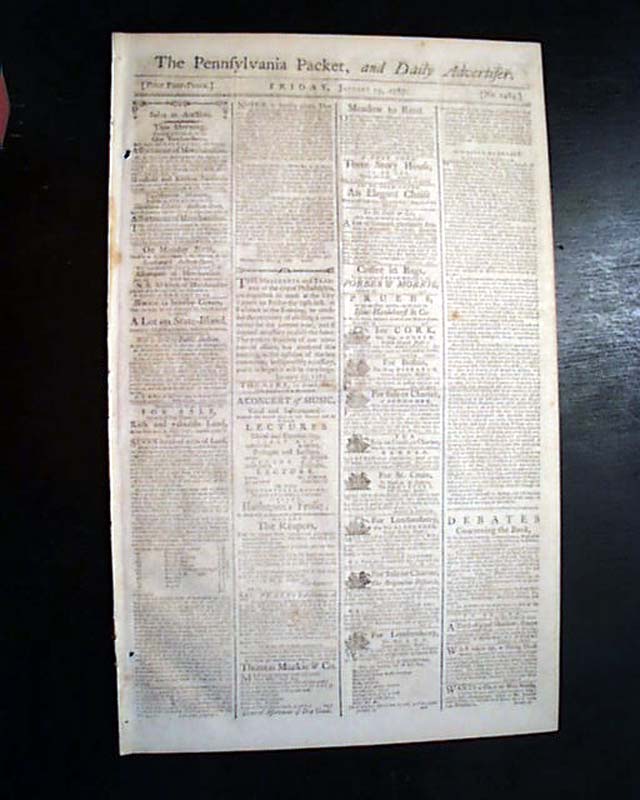