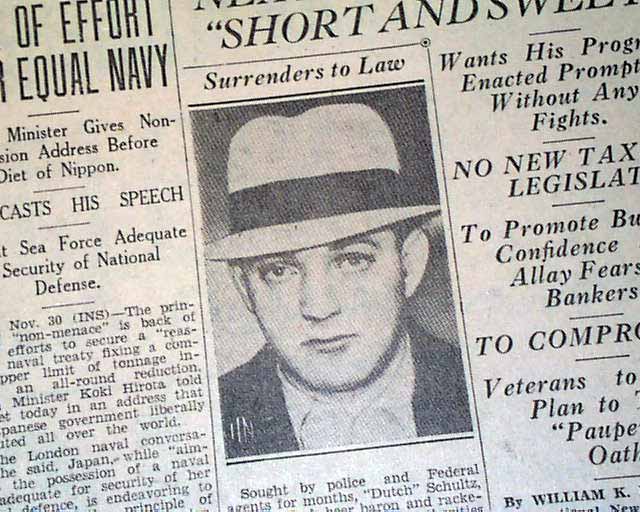 
BETHLEHEM GLOBE-TIMES, Pennsylvanian, Nov. 30, 1934  Near the top of the ftpg. is a one column photos of gangster "Dutch" Schultz, headed: "Surrenders To Law" and with the caption reading: "Sought by police & Federal agents for months, 'Dutch' Schultz, ex-New York beer baron and racketeer, surprised Federal  authorities at Albany, N.Y., by surrendering to answer income tax evasion charges." Less than a year later he would be murdered by other gangsters.
Also of front page interest is: "Federal Agents Stage Hunt For Nelson's Wife" "Ever Faithful Spouse of Desperado Reloaded Guns During Battle That Killed 3" and more. This was the wife of 'Baby Face' Nelson who was killed just two days prior.
Complete in 28 pages, very nice, clean condition. 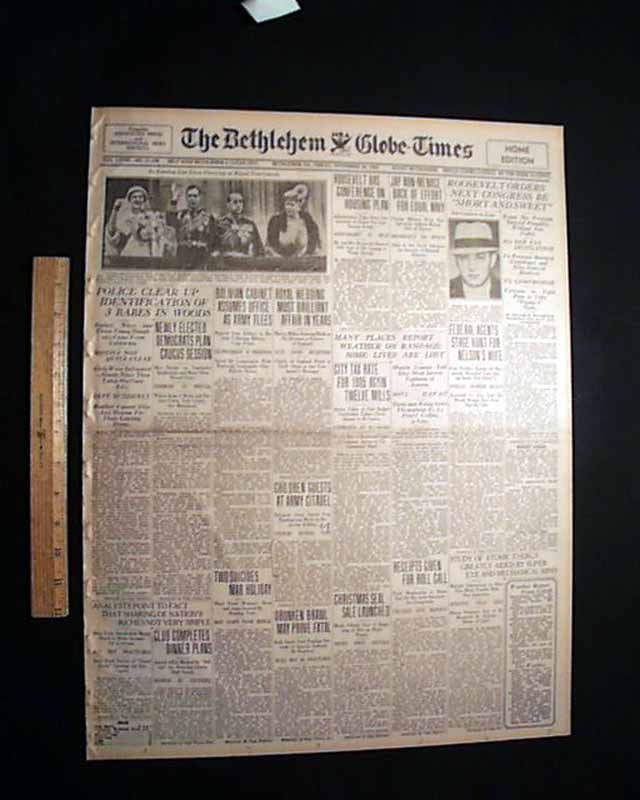 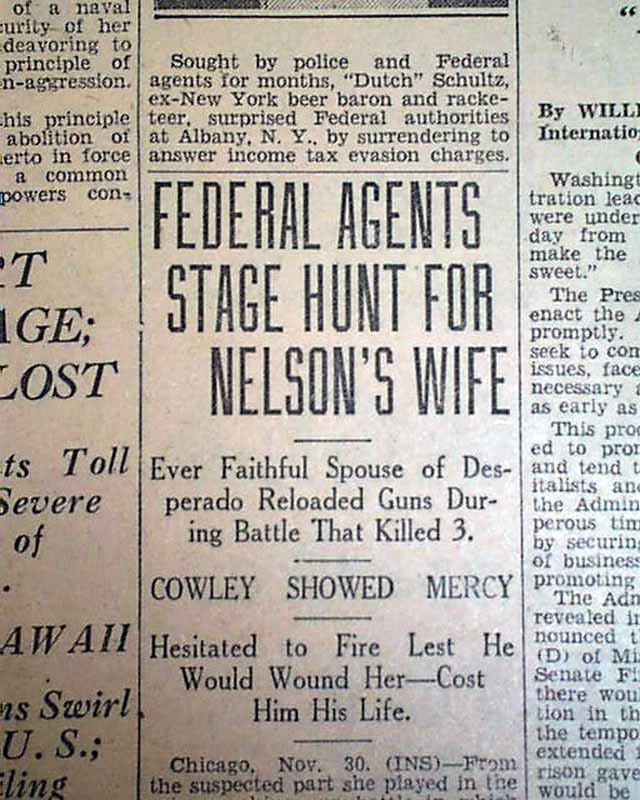 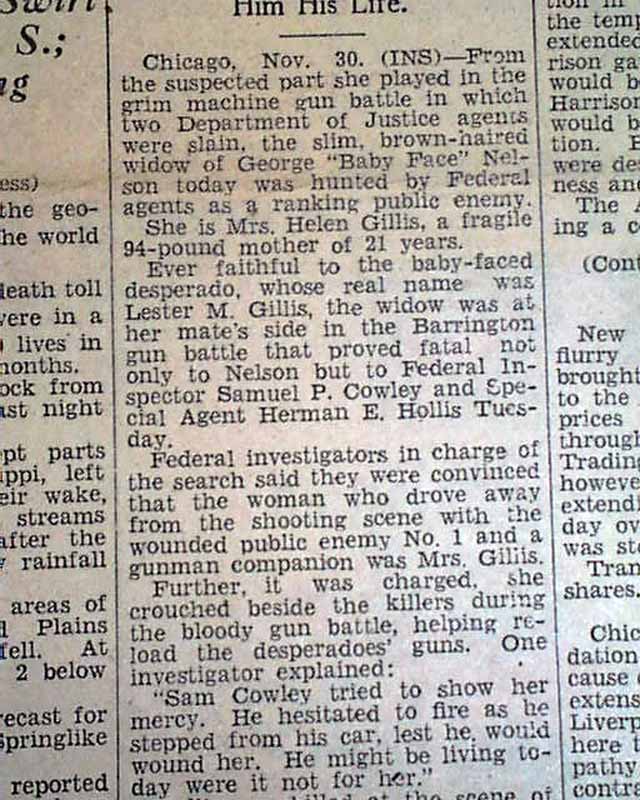 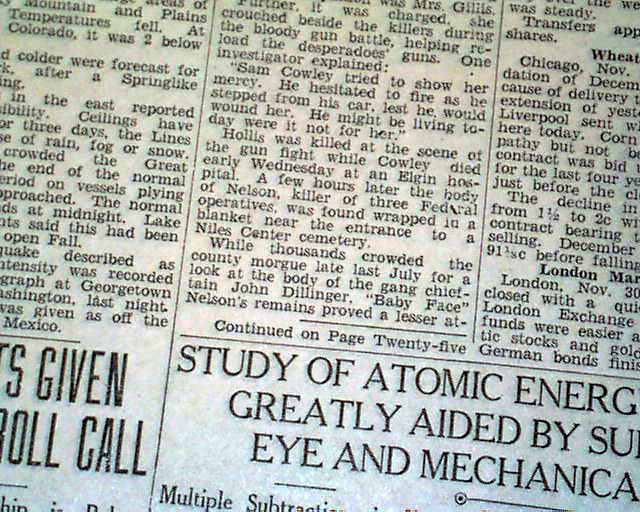