Home > Back to Search Results > Death of Mary Baker Eddy reported in the newspaper she founded...
Click image to enlarge 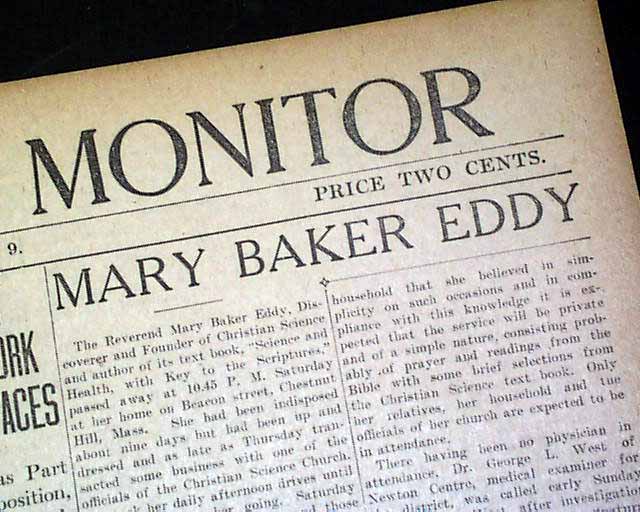 Death of Mary Baker Eddy reported in the newspaper she founded...

A very significant issue, as the top of the front page has: "Mary Baker Eddy" being a report of her death. Eddy was the founder of Christian Science and the founder of this newspaper, just two of her many accomplishments. The text carries over to page 2. It is significant to find death reports of publishers in their own newspapers.
The front page also has: "A Tribute" to her and the back page is entirely taken up with a bordered "Editorial", a small portion of which is about Mary Baker Eddy.
Complete in 12 pages, light browning, very minor central fold & spine wear, otherwise nice condition.