Home > Back to Search Results > First mention of the Beatles...
Click image to enlarge 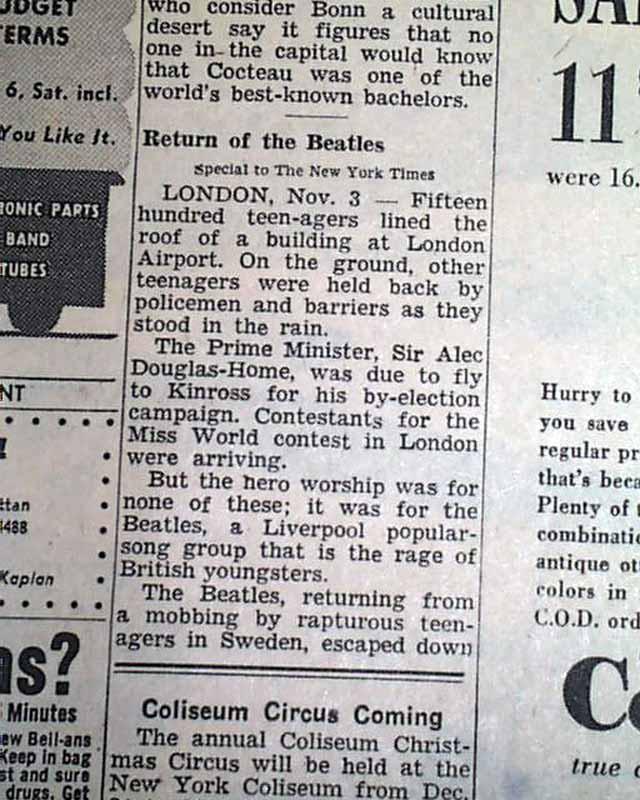 First mention of the Beatles...

* The Beatles 1st heard of in America ?
* Beatlemania about to strike the U.S.

This is a rather historic issue for any Beatles collectors, as this is the very first mention of The Beatles in the prestigious New York Times newspaper.
See the photo for the page 28 report headed: "Return Of The Beatles" which reports on their return to London from a trip to Sweden, noting the crowd of screaming teenagers for this group which would almost single-handedly change the face of the music industry forever. The report notes "...but the hero worship... was for the Beatles, a Liverpool popular song group that is the rage of British youngsters...".
Interesting in that this is a somewhat inconspicuous report of the Beatles before they would ascend to international stardom forever.
Complete in 72 pages, disbound, very nice, clean condition