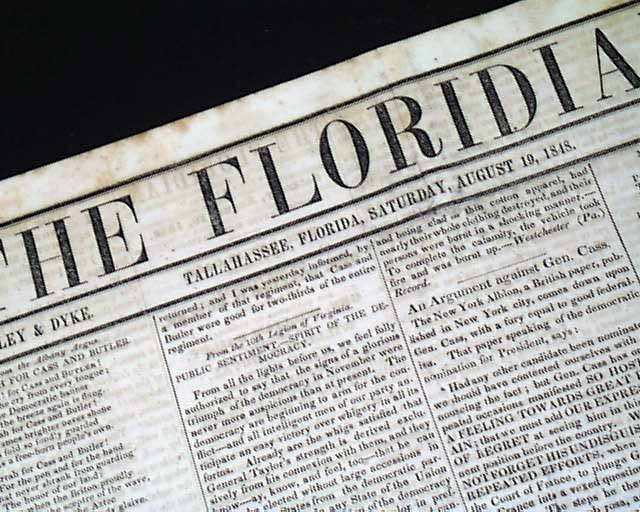 Nineteenth century newspapers from Florida are uncommon, particularly those from before the Civil War. Here is such an issue from the capital city of Florida, three years before the Civil War.
The ftpg. contains various Acts of the federal Congress with one signed in type by the President: James K. Polk, and various political items as well including: "Taylor & Mexican Territory" "Gen. Taylor is Not an Abolitionist" "Case & the Wilmot Proviso". Other items inside include: "The Veto" "The Whigs & the Proviso! "Goring the Taylor Ox" "Millard Fillmore" "First Gun for Cass & Butler"
The bkpg. is filled with ads, several of which are illustrated. Four pages, nice condition.