Home > Back to Search Results > Prohibition in America...
Click image to enlarge 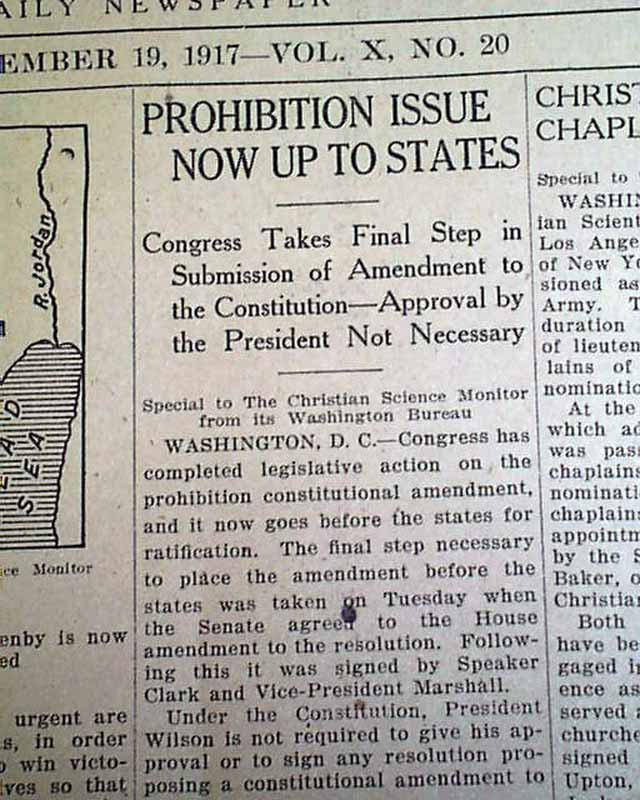 The front page has a one column heading: "PROHIBITION ISSUE NOW UP TO STATES" with subhead. (see) This is coverage on prohibition being adopted United States law. It would come in effect in January of 1919. Nice to have in this title which probably had pro-prohibition leanings.
Other news, sports and advertisements of the day. Complete in 16 pages, nice condition.