Home > Back to Search Results > The development of television...
Click image to enlarge 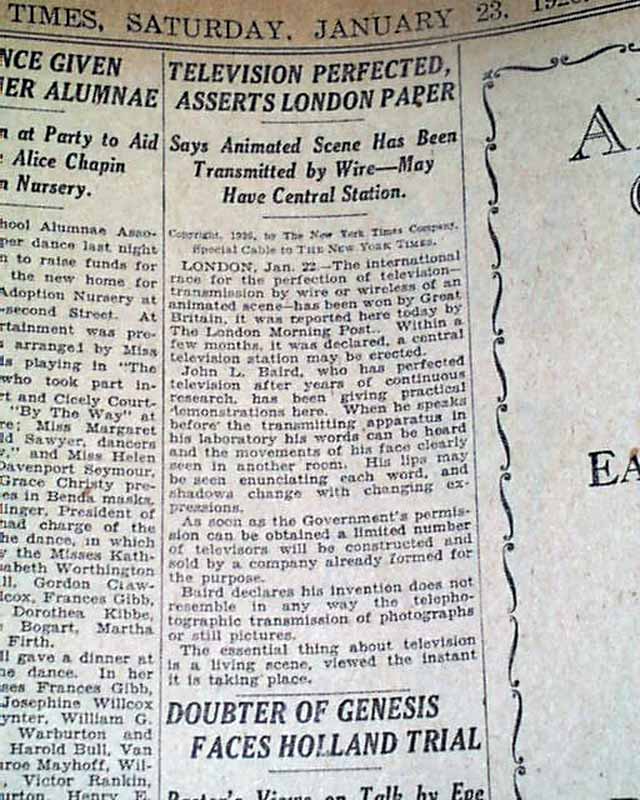 The development of television...

On the website: "Television History - The first 75 Years" is found: "On January 23, 1926, John Logie Baird (of Scotland) gave the world's first public demonstration of a mechanical television apparatus to approximately 40 members of the Royal Institution at his laboratory on Frith Street. These were images of living human faces, not outlines or silhouettes, with complete tonal gradations of light and shade."
This very significant event marks the development of television, an invention which would change not only the worlds of entertainment & communication forever, but society as well.
Page ten of this issue contains this news, with one column heads at the top of the page reading: "Television Perfected, Asserts London Paper" "Says Animated Scene Has Been Transmitted by Wire--May Have Central Station" with the entire text of the article shown in the photos.
A significant issue for any collector of television history. Complete in 32 pages, disbound, light toning, a little irregular at the spine, generally nice.