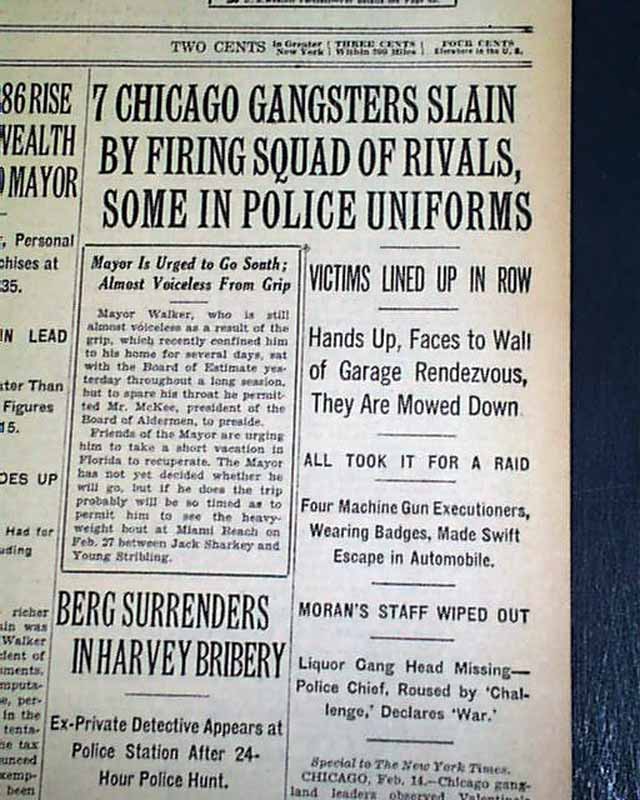 The top of the front page has a three line, two column headline announcing one of the more infamous events of the gangster era: "7 CHICAGO GANGSTERS SLAIN BY FIRING SQUAD OF RIVALS, SOME IN POLICE UNIFORMS". Subheads include: "Victims Lined Up In Row" "Hands Up, Faces to Wall of Garage Rendezvous, They Are Mowed Down" "All Took It For A Raid" "Four Machine Gun Executioners, Wearing Badges, Made Swift Escape in Automobile" "Moran's Staff Wiped Out" and more. The report carries over to page 2 offering much detail of the event. This is one of the most infamous of all the gangster "events" of the Prohibition era, memorialized in several movies and known of by even the non-collecting public.
The complete issue with all 48 pages, disbound, very nice, clean condition.