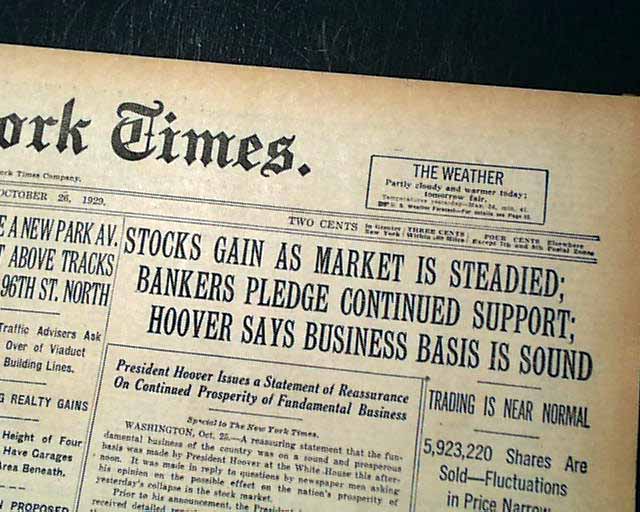 The stock market crash of 1929 did much to define America for the next decade, resulting in the Great Depression and all the trauma relating to it. It seemed common for many newspapers to put a positive spin on the on-going tragedy, so front page reports often conflicted with the reality of the time.
Given that the stock exchange is in New York City, the "Times" remains one of the most desired of all newspapers on the crash. The top of the front page has three-column heads including: "STOCKS GAIN AS MARKET IS STEADIED; BANKERS PLEDGE CONTINUED SUPPORT; HOOVER SAYS BUSINESS BASIS IS SOUND" with column heads: "Trading Is Near Normal" "5,923,220 Shares Are Sold--Fluctuations In Price Narrow" "Strong Coalition to Protect Values Restores Confidence and Halts Liquidation" "Officials Are Optimistic" and more. Also on the ftpg. is: "President Hoover Issues a Statement of Reassurance On Continued Prosperity of Fundamental Business".
Page 2 also has several articles concerning the stock market, most reflecting an optimistic view of the situation (see).
Terrific to have an issue of the Times from the end of October. Curious that these headlines appeared just 2 days after "Black Thursday" and 3 days before "Black Tuesday"
The complete 36 page issue, disbound, very nice, clean condition. 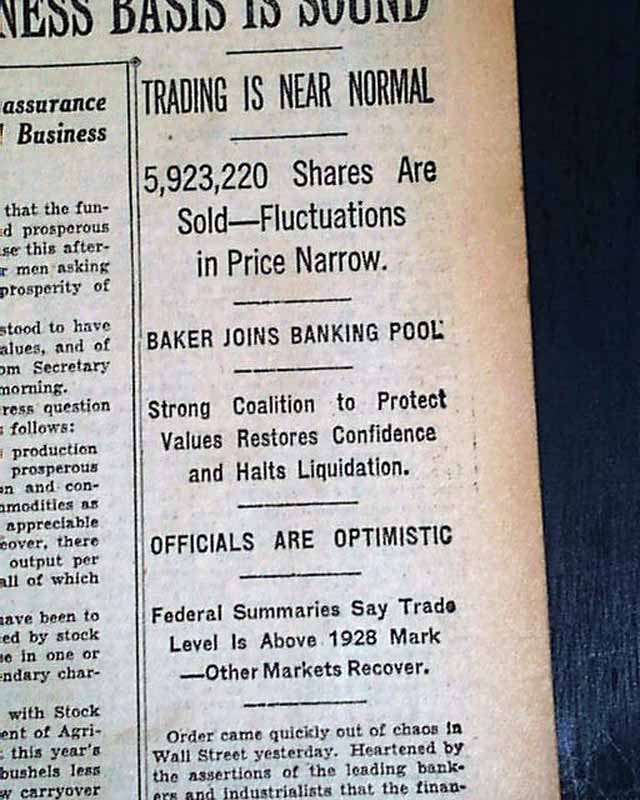 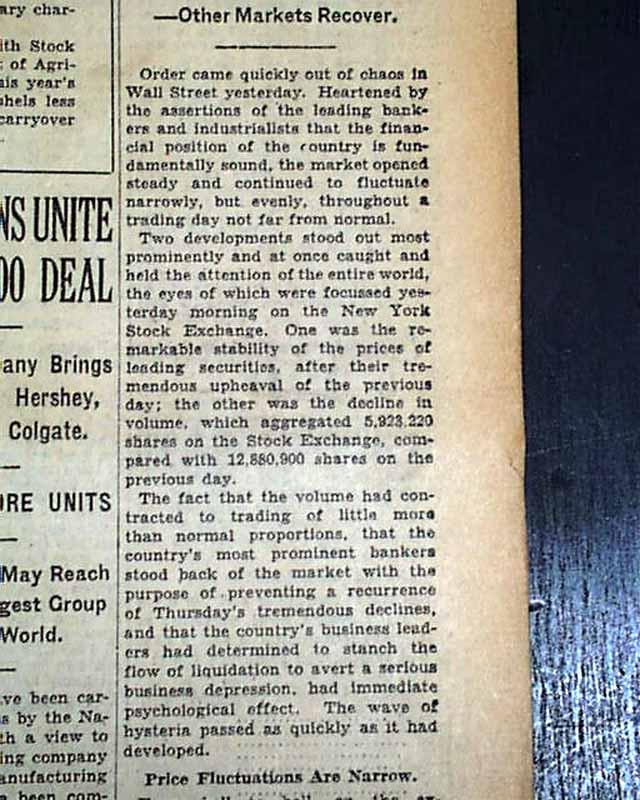 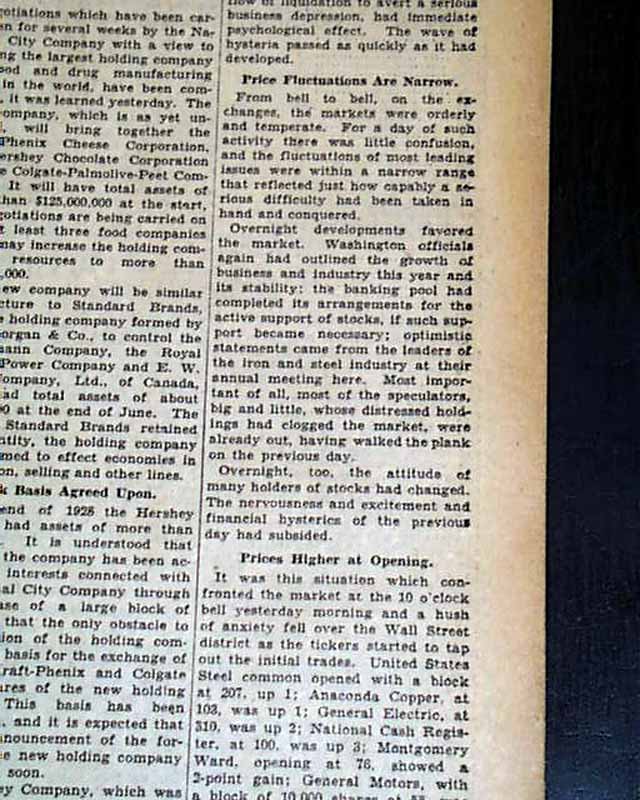 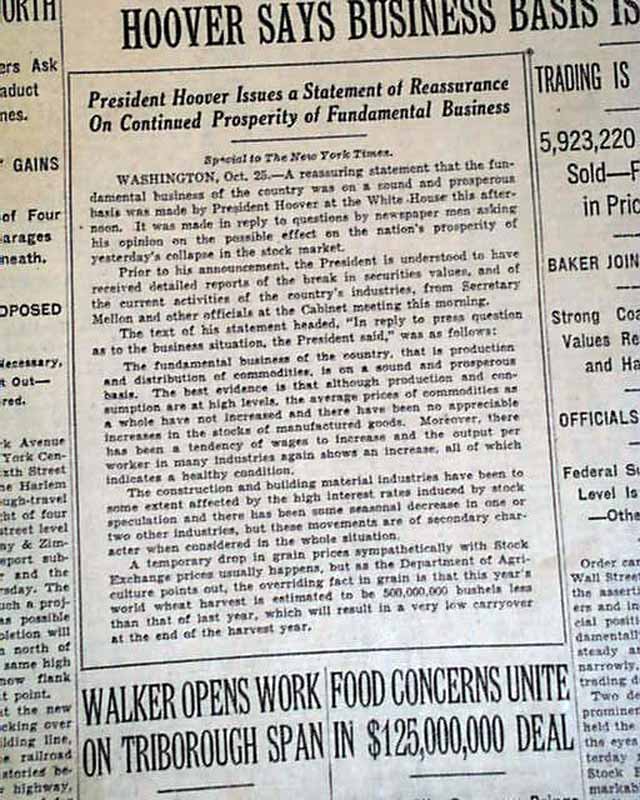 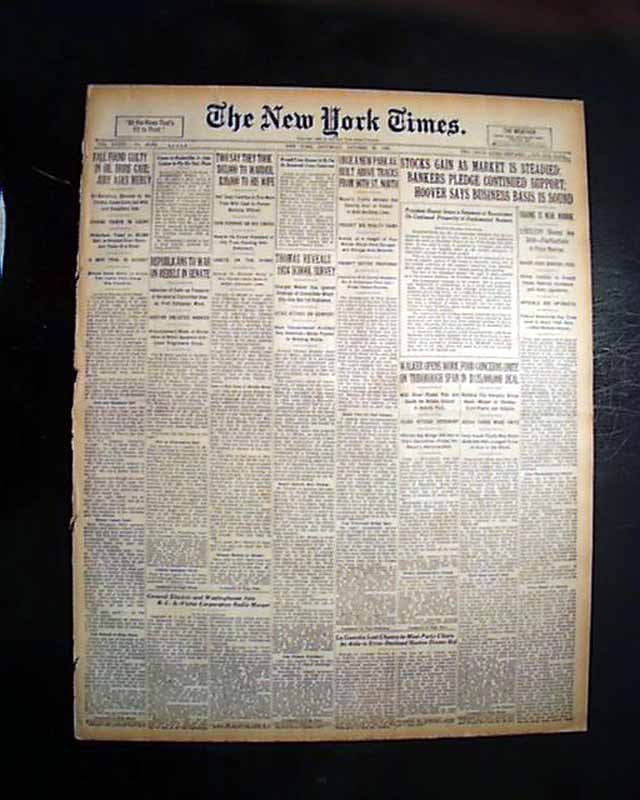 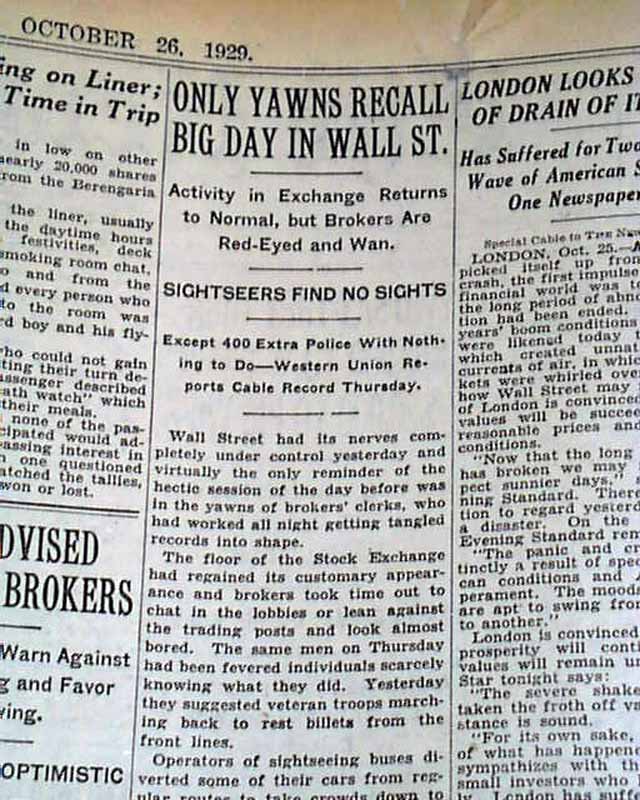 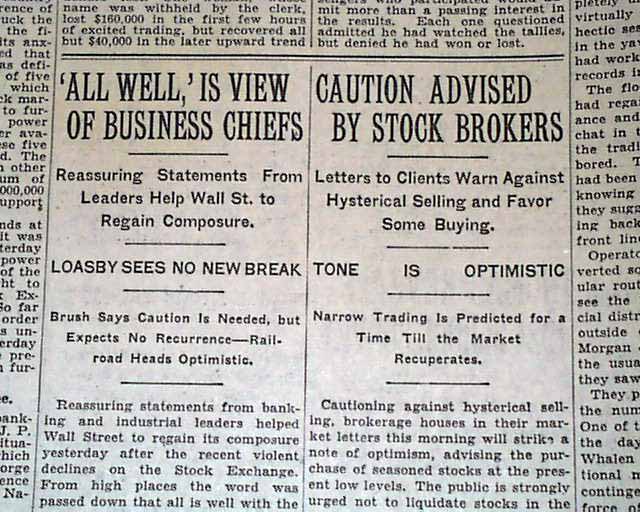 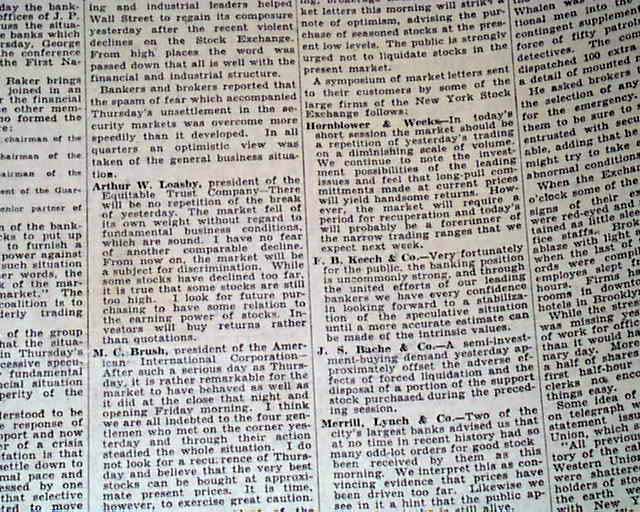 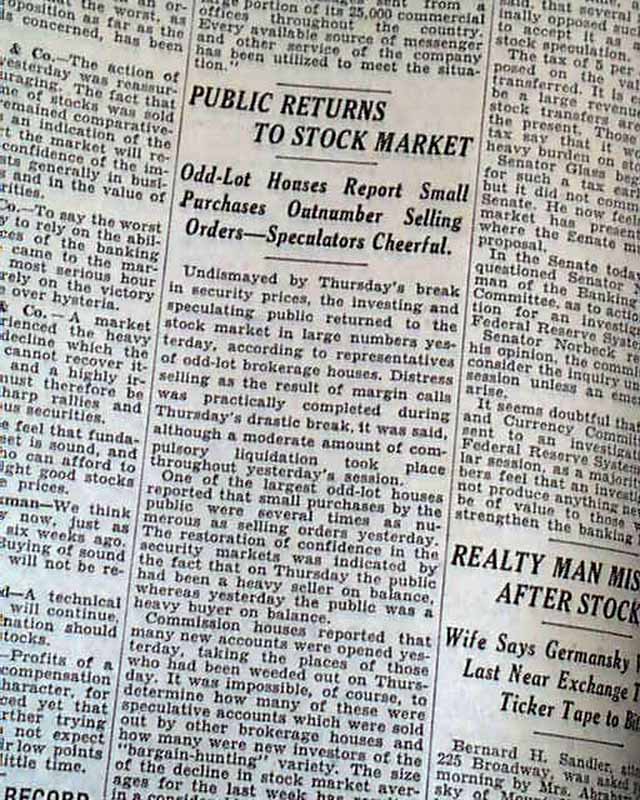 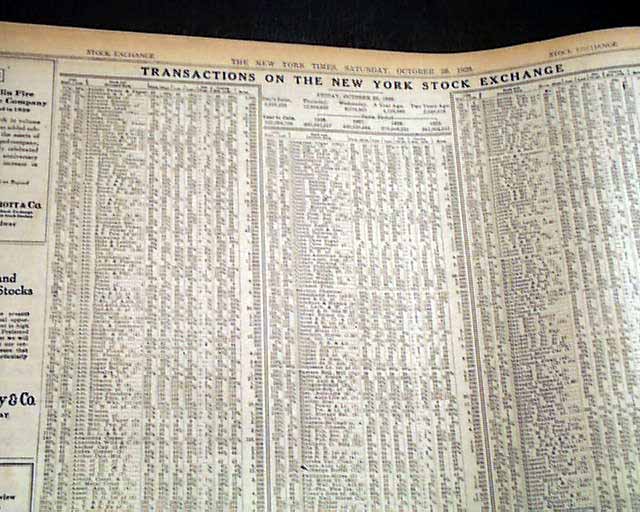