Home > Back to Search Results > "Escape from New York" & Disney's "The Fox & The Hound" - reviews & premieres...
Click image to enlarge 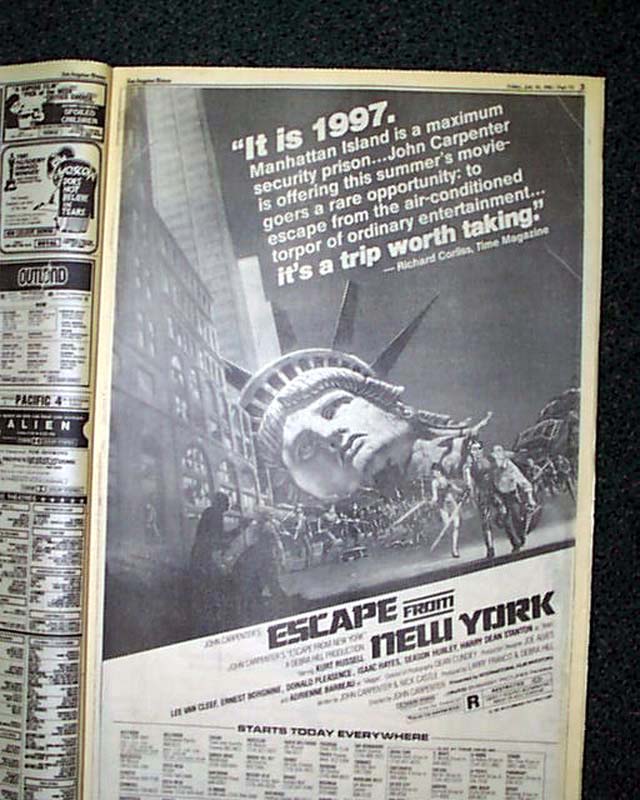 A terrific issue on the premiere of the motion picture cult classic hit "Escape from New York" & Disney's, "The Fox and the Hound," and perhaps no better issue could be found than this, the leading newspaper from the home of the entertainment industry - the Hollywood area's prime publication.

The front page of section VI has a review of the film headed: "'NEW YORK': CYNICISM WITH STYLE" with a related photo. (see) And perhaps more significant is the terrific, full page poster-like advertisement for the film printed on it's opening day. (see). Also on the front page of this same section is: "'FOX, HOUND' CUTS NO CORNERS," with a full-page advertisement as well.
A quite rare issue as it would not have been saved since it contains no historically significant content. Present are the complete sections 1 and VI totaling 44 pages. Great condition.