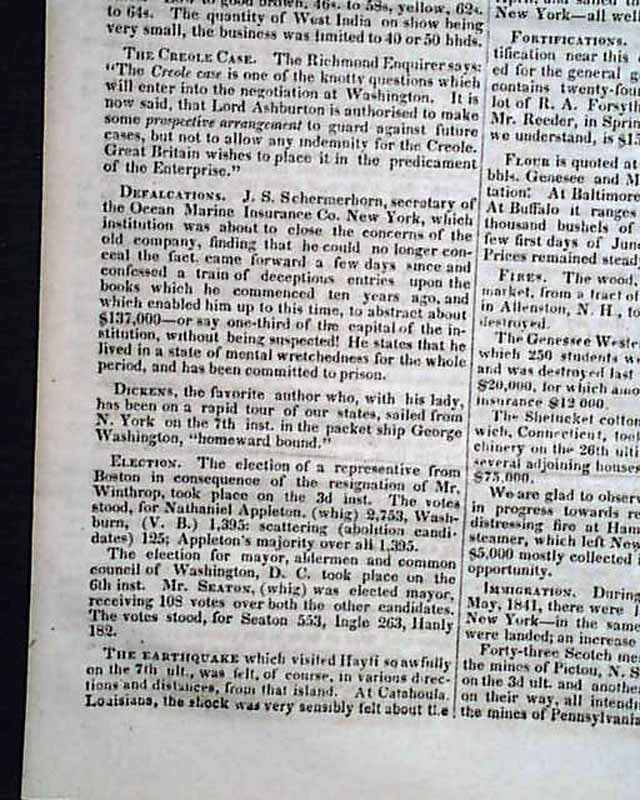 
NILES'S NATIONAL REGISTER, Baltimore, June 11, 1842
The back page has an article headed: "The Creole Case", which concerns a slave ship upon which the slaves mutinied, a rather infamous event in American history.
The Creole case was the result of an American slave revolt in November, 1841 on board the Creole, a ship involved in the United States slave trade. As 128 slaves gained freedom after the rebels ordered the ship sailed to Nassau, it has been termed the most successful slave revolt in U.S. history. Two persons died as a result of the revolt, a black slave and a white slave trader.
The brief report notes in part: "...the Creole case is one of the knotty questions which will enter into the negotiation at Washington...make some prospective arrangement to guard against future cases but not to allow any indemnity for the Creole...".
Another back page reports concerns the Haitian earthquake of 1842.
Sixteen pages, 8 1/2 by 11 3/4 inches, very nice condition.