Home > Back to Search Results > Massacre of Jews in Russia...
Click image to enlarge 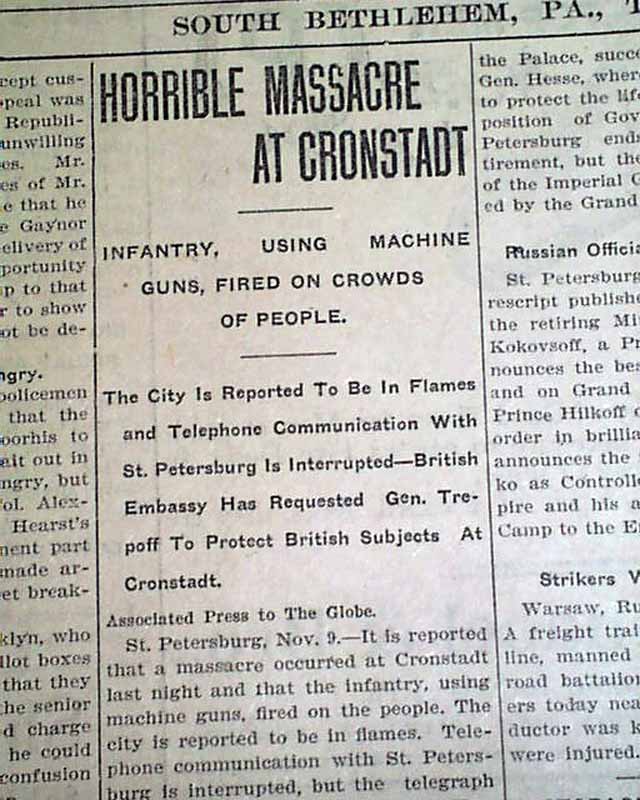 
THE GLOBE, South Bethlehem, Pa., Nov. 9, 1905  The front page has over a full column reporting on the massacre of Jews in Russia, one of several pogroms against the Jews in the Russian empire. Column heads include: "Horrible Massacre At Cronstadt" "Infantry, Using Machine Guns, Fired On Crowds of People" "The City is Reported to Be In Flames..." "Anti-Jewish Outbreaks" "A Mob at Ismail Burned Eleven Jews..." and more.
Complete in 12 pages, nice condition.