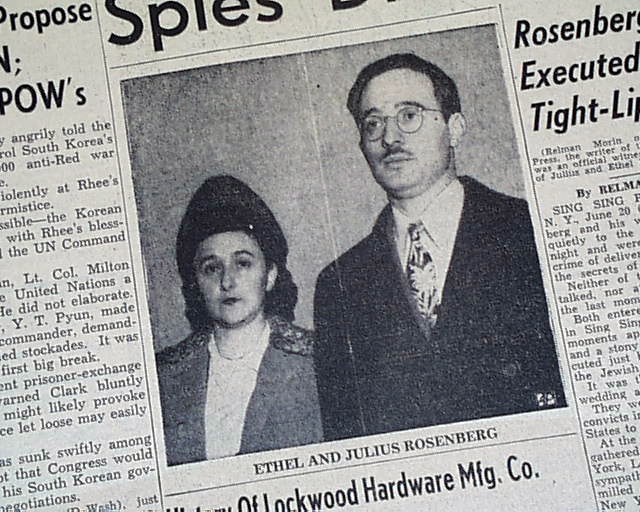 
FITCHBURG SENTINEL, Massachusetts  A set of four consecutive issues dated June 17, 18, 19 & 20, 1953, each with a front page headline concerning the Julius & Ethel Rosenberg espionage case which was of international focus at the time.
The Rosenbergs were American communists who were executed after having been found guilty of conspiracy to commit espionage: passing of information about the atomic bomb to the Soviet Union. Theirs was the first execution of civilians for espionage in United States history.
Front page headlines include: "Rosenbergs Get Indefinite Stay Of Execution" "Rosenbergs' Fate Rests With Supreme Court" "Full Supreme Court Upsets Douglas, Rosenbergs Doomed To Die Tonight" "Spies Die In Silence"
Each issue is complete, have minor irregularity at the spines from disbinding, generally in very nice, clean condition.