Home > Back to Search Results > The Siege of Charleston... The Averill Raid...
Click image to enlarge 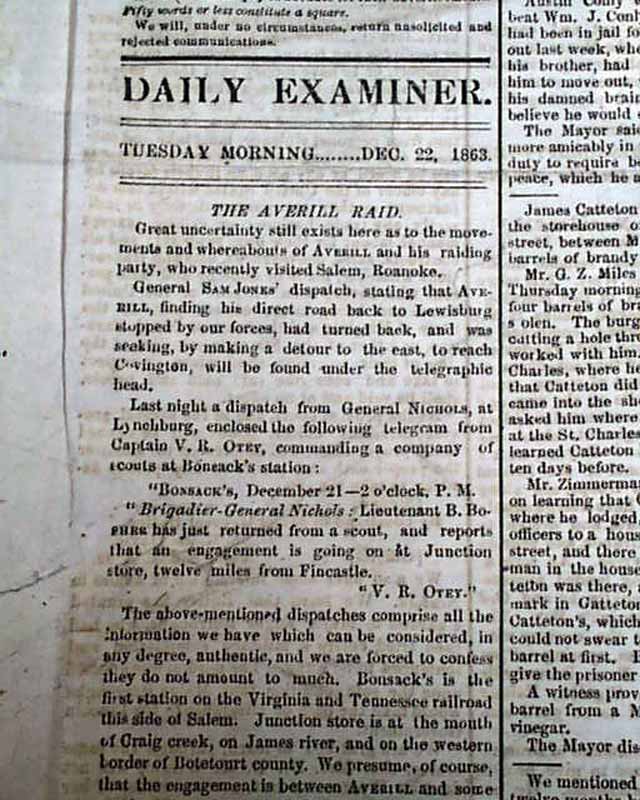 The Siege of Charleston... The Averill Raid...

A nice newspaper from the capital of the Confederate States of America. Among the front page items are: "The Averill Raid" "From Northern Virginia" "From East Tennessee--From Northern Georgia--The Siege of Charleston" and other smaller items.
The back page has an editorial concerning the war, as well as much reporting from: "The Confederate Congress" "The Virginia Legislature" and: "From the Trans-Mississippi--Affairs in Texas--Banks' Texas Expedition" "Yankee Rule in Norfolk--Order from Butler Requiring All Persons to Take the Oath" and other smaller items.
Complete as a single sheet newspaper never bound nor trimmed, with a full banner masthead. Minor tears at the margins, generally in very nice condition.