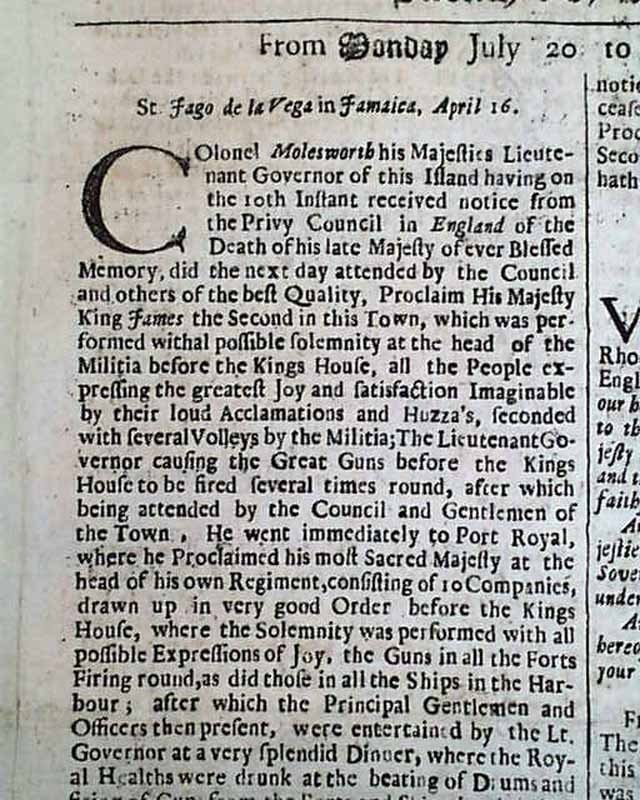 The prominent feature of this single-sheet issue is the front page report and letter from the inhabitants of the Colony of Rhode Island, expressing their loyalty to the new king (King James II) upon his ascension to the throne after the death of his brother, King Charles II. Included also is a similar letter and report from Jamaica.
The backdrop of this event is the famous and historic Rye House Plot. It was just days later that King James issued a Proclamation seeking the summons of several of the potential conspirators.
A single sheet newspaper, bit of bkpg. ink smearing, very nice condition.