Home > Back to Search Results > The death of Prince Edward, Duke of York...
Click image to enlarge 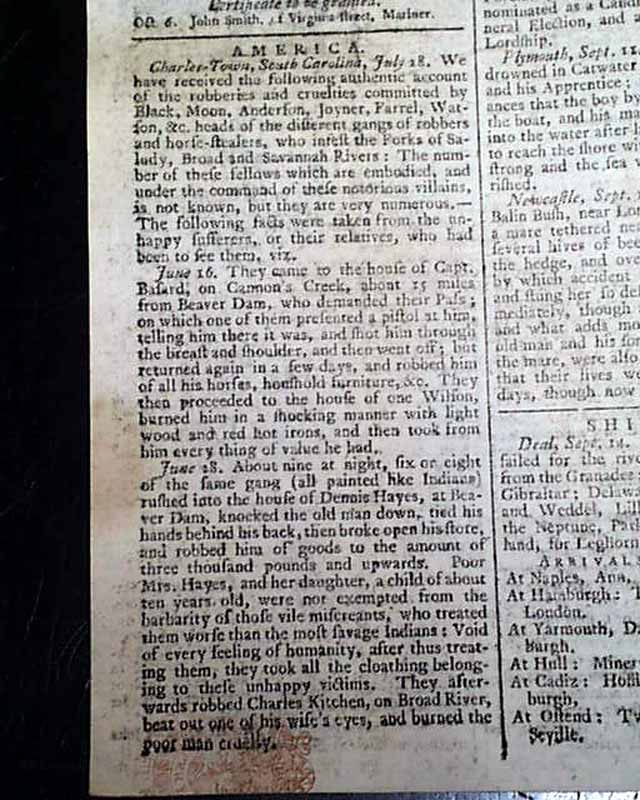 The death of Prince Edward, Duke of York...

Page two has multiple reports from Charles-Town, South Carolina [current Charleston] which tell of robberies and other hostilities, some of which are described as "worse than the most savage Indians." See images for the graphic details. Page 6 has additional reports from Elizabeth-Town, New Jersey [current Elizabeth] regarding riots and other hostilities, taking 1 1/2 columns of text. Both articles together certainly paint a troubling picture of life in America. Other news of the day from throughout the world is present as well.
Eight pages, 8 1/4 by 11 inches, light foxing and rubbing, the last page is close-trimmed at the top, in overall average condition (see images).