Home > Back to Search Results > The President responds to Maryland...
Click image to enlarge 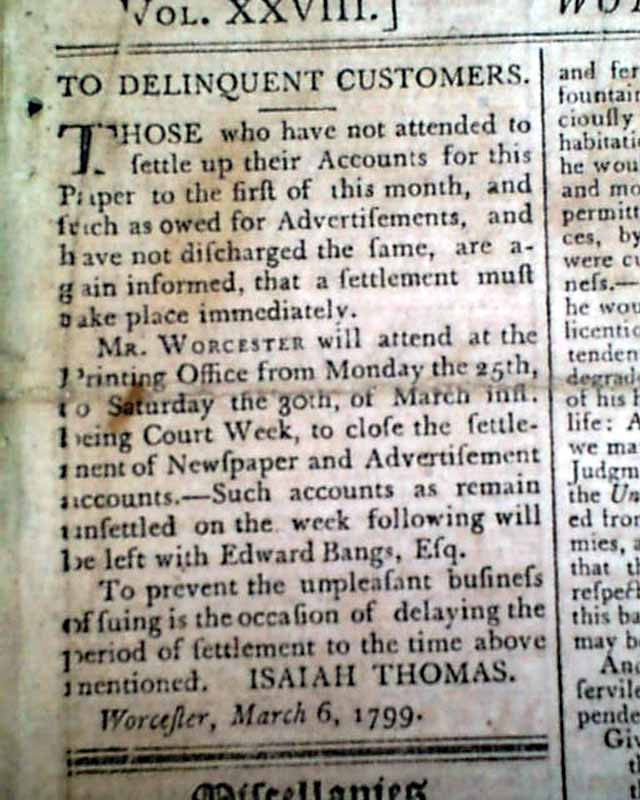 The President responds to Maryland...

The front page has an appeal: "To Delinquent Customers" signed in type by the famed publisher: Isaiah Thomas. Also: "A Proclamation" for a day of fasting, humiliation & prayer, by the governor. And also an "...Answer of the President to the General Assembly of Maryland..." signed in type: John Adams.
Four pages, some foxing, small rubbing hole to the front leaf, good condition.