Home > Back to Search Results > Cinderella...
Click image to enlarge 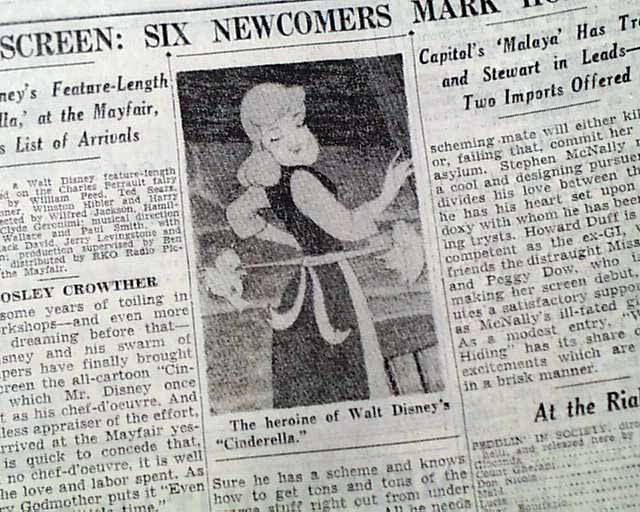 Page 33 has a review of the new movie by the Disney Studios titled, "Cinderella", which has gone on to become one of the all-time classics in cinematic history.
The review is headed: "Walt Disney's Feature Length 'Cinderella' at the Mayfair, Heads List of Arrivals" and goes on to take two-thirds of a column with the review, beginning: "After some years of tolling in their workshops--and even more years of dreaming before that--Walt Disney and his swarm of little helpers have finally brought to the screen the all-cartoon "Cinderella" which Mr. Disney once forecast as his chef-d'oeuvre...".
The review continues to praise the film in glowing terms (see). Included is a small photo captioned: "The Heroine of Walt Disney's 'Cinderella'".
Complete in 50 pages plus this is the "rag edition", created for libraries which required a high quality paper stock for long-term storage. Still very white.