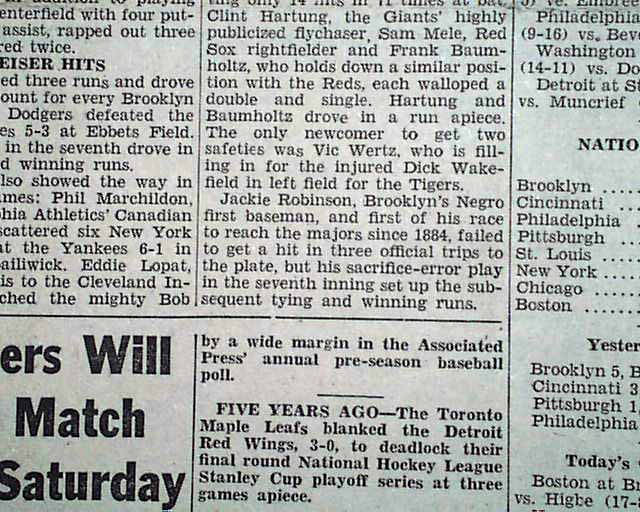 Page 7 has the historic report of Jackie Robinson's first Major League regular season game. The brief note includes: "Jackie Robinson, Brooklyn's Negro first baseman, and the first of his race to reach the majors since 1884, failed to get a hit... but his sacrifice-error play... set up the tying and winning runs."
The front page has a dramatic banner headline, "EXPLOSIONS RIP TEXAS CITY", with subheads. The front page also has a one column head: "Nazi Hanged At Osweicim" being a report of the execution of Rudolf Hoess, the commandant of Auschwitz, by hanging. The coverage mentions Gestapo Chief Heinrich Himmler and that both were complicit in the death (gassing) of 2,000,000 at the camp.
Complete in 10 pages, nice condition.