Home > Back to Search Results > On the death of King George III...
Click image to enlarge 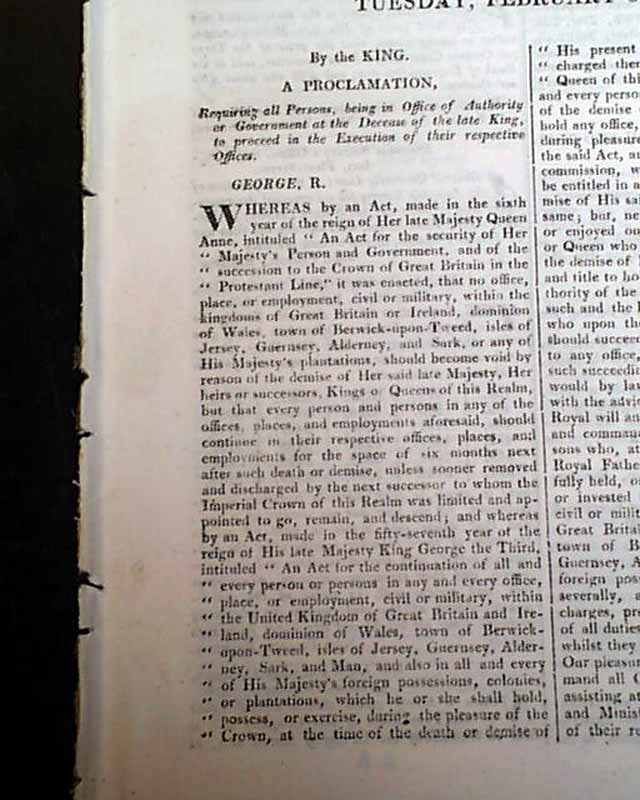 On the death of King George III...

The front page has "By the King, A Proclamation" concerning the death of King George III, prefaced with: "Requiring all Persons, being in Office of Authority or Government at the Decease of the late King, to Proceed in the Execution of their Respective Offices.". The king had just died ten days earlier. Great to have this announcement in this title, the official mouthpiece of the Royal Court.
Complete in 14 pages, 7 1/4 by 11 1/2 inches, small slits at the blank spine margin, great condition.