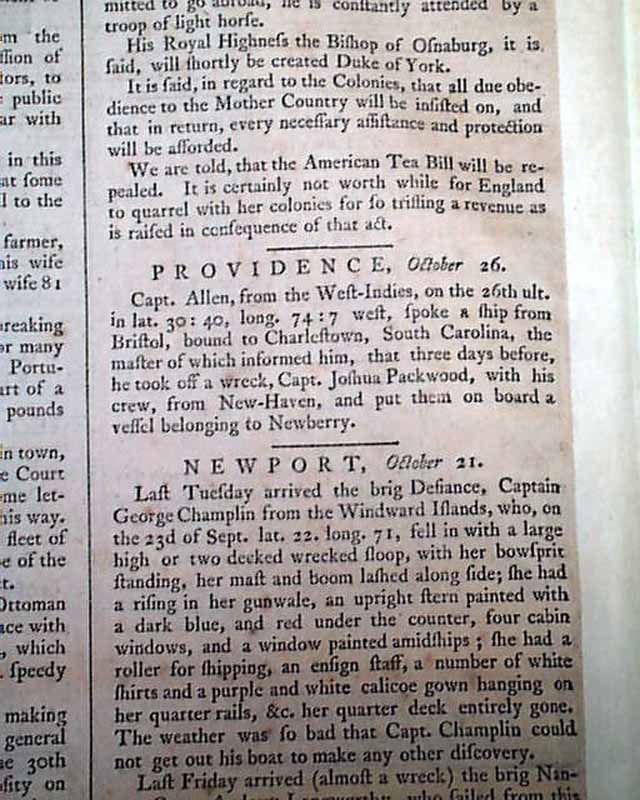 I have always contended that this title had one of the more beautiful mastheads of the 18th century, with very ornate lettering and a rather large engraving of a sailing ship (see photos). The front page is mostly taken up with ads while page 2 has reports from Petersburgh, London, Providence, Newport, New York and Philadelphia. Items include: "We are told that the American Tea Bill will be repealed. It is certainly not worth while for England to quarrel with her colonies for so trifling a revenue as is raised in consequence of that act." and other items.
The back leaf is almost entirely taken up with advertisements, and has a 3 1/2 by 5 inch piece clipped from the upper right corner (see photos). Tipped into the middle of the issue is a full sheet "Supplement".
Complete in 6 pages which includes the Supplement, never-trimmed margins, some browning at the fold & minor margin wear, and the noted clip. A very displayable colonial newspaper with the handsome masthead.