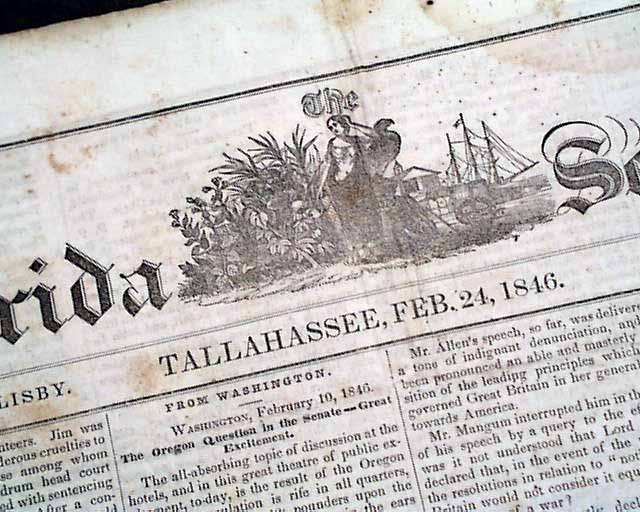 A very early newspaper from the capital of Florida, and with a nice engraving in the masthead. This newspaper is formatted much like most newspapers of the day, being complete in four pages with various local and national news reports in addition to many advertisements. This issue is among the we have in our inventory.
Page 2 has "The Late Mexican News" concerning the Mexican War, and also: "Later From Texas" "Santa Anna and Mexico" "The Late Duel near Bladensburg" "The Rejection of Arbitration" "Our Right to Oregon" "Anecdote of Daniel Webster" "Bartering For Peace" and more.
Four pages, never bound nor trimmed, some mild wear at the margins not affecting any text, some wrinkling, generally nice.. A very rare & early issue from Florida.