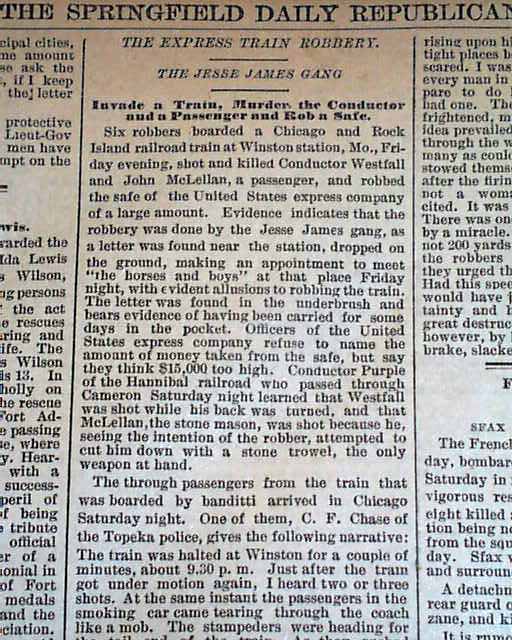 
SPRINGFIELD DAILY REPUBLICAN, Massachusetts, July 18, 1881  An uncommonly nice account of this infamous train robbery by the James Gang with page 5 column heads: "The Express Train Robbery" "The Jesse James Gang" "Invade A Train, Murder the Conductor and a Passenger and Rob a Safe". This was the Rock Island Railroad robbery.
Although well known as being committed by Jesse James & his cohorts, rarely was there mention of him in the headlines such as found here. And the report is much more detailed than typically found, taking over a full column of text (photos show only portions).
Eight pages, browned & irregular at the spine with some margin tears. Since the issue is fragile and already loose at the spine, we've placed page 5 on top. Must be handled carefully. Fortunately, the Jesse James article in the middle of the page so edge problems do not affect this report.