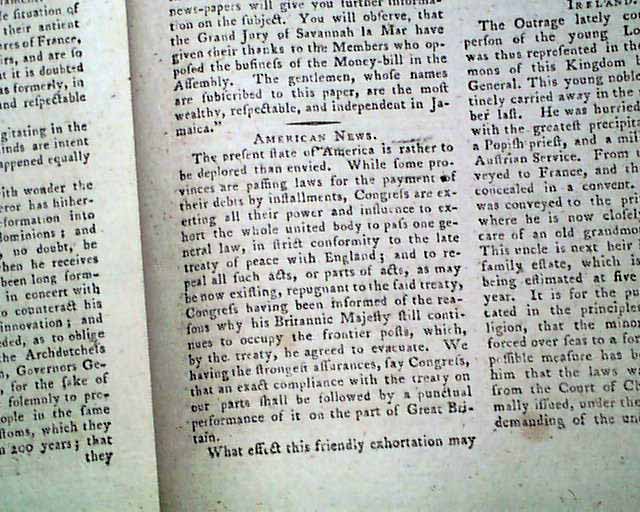 
GENTLEMAN'S MAGAZINE, London, June, 1787  Included near the back is nearly half a page headed: "American News" which begins: "The present state of America is rather to be deplored than envied..." concerning its financial situation, including; "...America, like every other rising state, must have much to struggle with before it can arrive at opulence...".
Included are both plates called for.
Complete in 96 pages, 5 1/2 by 9 inches, never-trimmed margins, full title/contents page with an engraving of St. John's Gate, nice condition.