Home > Back to Search Results > The card game of Quadrille...
Click image to enlarge 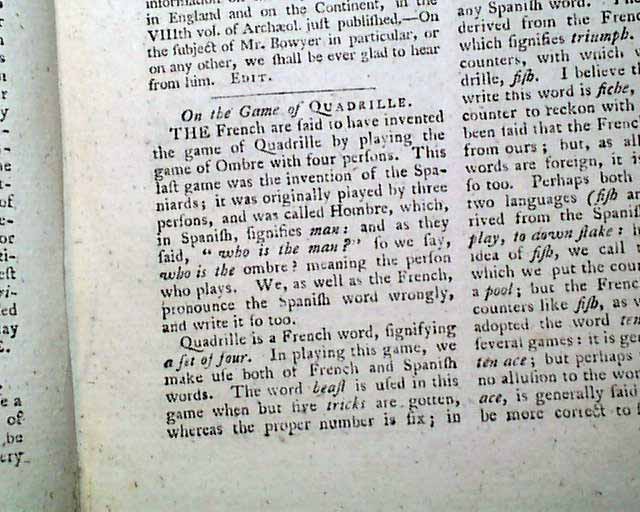 The card game of Quadrille...

Item # 645984 GENTLEMAN'S MAGAZINE, London, September, 1787  Among the articles: "On the Game of Quadrille" which is a type of card game from the 18th century. The article takes over a full page and is very descriptive. Near the back is half a column of news headed: "America" with information from a letter arrived from Philadelphia. Much news from England as well.
Included are both full page plates called for.
Complete in 96 pages, 5 1/2 by 9 inches, never-trimmed margins, full title/contents page with an engraving of St. John's Gate, very nice condition.